Things on the up after lopping off banking arm, biz claims 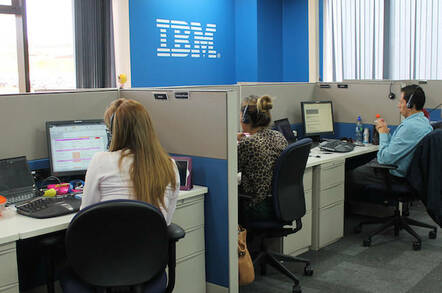 The Co-op Group claims to have made "significant progress" in updating internal IT systems since ditching IBM, according to the mutual's calendar '17 annual accounts filed today.

"At the half year we reported that our contract with IBM to upgrade our IT systems had been terminated and we were exploring alternative technology options. Since the termination of the contract we have made significant progress by investing in more specific IT improvements.

"In 2017 we started to see the benefits of this through innovations in pricing, an increased focus on customer service, and new product development."

Last year the Co-op Group wrote off the value of its 20 per cent stake in the troubled Co-op Bank, reporting an annual loss of £132m.

In the first results reported since breaking off from the financial unit, the group posted a pre-tax profit of £72m for the full-year.

Food revenues were flat at £7bn, while sales from insurance, its second-largest division, fell 25 per cent to £331m.

The IBM contract termination is related to an ongoing legal dispute between Co-Op Insurance and IBM.

According to Insurance Times, IBM was originally hired to manage and deploy a £55m technology upgrade at Co-Op Insurance.

The firm is now attempting to sue IBM in a £130m lawsuit over the cancelled programme, having claimed Big Blue missed its deadlines. IBM has denied any wrongdoing.

The Register has asked the Co-op Group and IBM for further comment.

The flogged-off Co-op Bank has started migrating core IT systems to IBM, having last year said it had shifted its core mainframe system and associated mid-range servers to IBM-managed data centres, as well as moving all applications onto the IBM platform since 2015.

Co-op Bank nearly collapsed in 2013 until a rescue plan was devised to address a capital shortfall of about £1.9bn. Part of its turnaround efforts also included throwing £500m at overhauling its creaking IT infrastructure after years of "under-investment".

Earlier this month, the Treasury directed the Prudential Regulation Authority (PRA) to conduct a review into how the bank was regulated between 2008 and 2013, before the capital black hole emerged in its books as a result of bad loans.

Part of that investigation will examine the role of IT in its operations during that period. ®