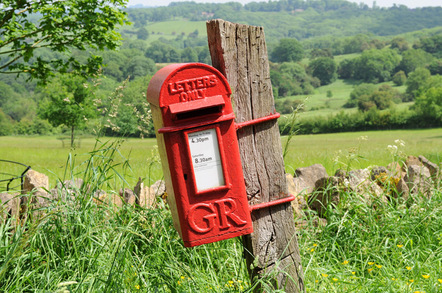 Royal Mail, which claims to be the most trusted letter delivery service in the UK, was today fined for sending out more than 300,000 nuisance emails.

The Information Commissioner's Office said it launched a probe after an individual complained they had received a marketing email from Royal Mail, despite having opted out.

Royal Mail argued the email in question was a service because it was telling customers there was a price drop for second-class parcels – but the ICO disagreed.

Deeming the message to be marketing, the ICO issued a £12,000 fine for breaching the Privacy and Electronic Communications Regulations (PECR) since recipients hadn't consented to receiving the mail.

The first message, sent on 10 July, said that a three-month price drop for 2nd class parcel postage bought online was coming, and a second confirmed it was live. Between them, some 339,090 emails were sent and 327,014 were received.

Moreover, Royal Mail knew it was sending the mails to people who had opted out – the company has a "robust suppression system in place to ensure opted-out customers do no receive marketing communications", the ICO observed.

The company pointed to the fact it had used different text for the opted-out customers, but argued that it had to send out a service message due to its obligations under the Postal Services Act to ensure the public are made aware of changes to prices.

But the ICO said it was "clear" the emails were marketing – a decision that appears to be based on the phrasing and style used in the message, and the fact the price change was a temporary promotion, not a permanent shift.

This "compounds the serious nature of the breach", the ICO said, because it meant the Royal Mail had failed to figure out the difference between a service message and marketing comms.

The ICO acknowledged that Royal Mail has an obligation to publicise price changes, but said there were more appropriate ways to do this, such as putting an update on its website.

ICO head of enforcement, Steve Eckersley, said: "These rules are there for a reason – to protect people from the irritation and, on occasions, distress nuisance emails cause. I hope this sends the message that we will take action against companies who flout them." ®