Is there nothing neural networks can't do? Wait, don't answer that 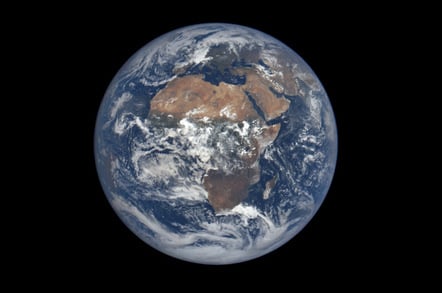 Hey, universe, you got any more of these things out there?

A team of astroboffins have built artificial neural networks that estimate the probability of exoplanets harboring alien life.

The research was presented during a talk on Wednesday at the European Week of Astronomy and Space Science in Liverpool, United Kingdom.

The neural network works by classifying planets into five different conditions: the present-day Earth, the early Earth, Mars, Venus or Saturn’s moon Titan. All of these objects have a rocky core and an atmosphere, two requirements scientists believe are necessary for sustaining the right environments for life to blossom.

To train the system, researchers collected the spectral data that describes what chemical elements are present in a planet’s atmosphere of a planet. They then created hundreds of these “atmospheric profiles” as inputs and the neural network then gives a rough estimate of the probability that a particular planet might support life by classifying it into those five types.

If a planet is judged as Earth-like, it means it has a high probability of life. But if it’s classified as being closer to Venus, then the chances are lower.

“We're also looking at the use of large area, deployable, planar Fresnel antennas to get data back to Earth from an interstellar probe at large distances. This would be needed if the technology is used in robotic spacecraft in the future.”

At the moment, however, the ANN is more of a proof of concept. Angelo Cangelosi, professor of artificial intelligence and cognition at Plymouth University and the supervisor of the project, said initial results seem promising.

“Given the results so far, this method may prove to be extremely useful for categorizing different types of exoplanets using results from ground–based and near Earth observatories.”

There are a couple exoplanet-hunting telescopes that will use spectroscopy to analyze a planet’s chemical composition that are expected to be launched in the near future.

NASA’s Transiting Exoplanet Satellite Survey (TESS) will monitor the brightest stars in the sky to look for periodic dips in brightness when an orbiting planet crosses its path. The European Space Agency also announced Ariel, a mission that uses infrared to find exoplanets.

The Kepler Space Telescope is already looking for new candidates - although it's set to retire soon - and is also looking for similar data. It is hoped by analyzing the spectral data for exoplanets, it could aid scientists in choosing better targets for future missions, where spacecraft can be sent to more detailed observations. ®