Who needs phones when you've got IP lawyers? 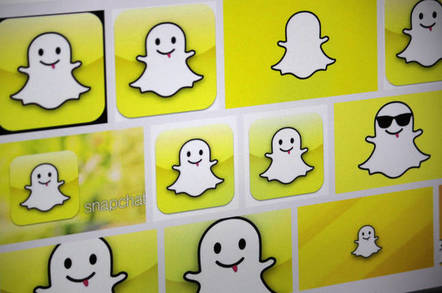 BlackBerry has filed suit against Snap Inc alleging the Snapchat service copied half a dozen of its mobile app design patents.

The one-time smartphone king continued its efforts to cash in on its patent portfolio Tuesday when it filed a complaint [PDF] in the Central California US District Court accusing Snap of stealing its patented designs for the layout, alert, and messaging functions within mobile apps.

According to BlackBerry, those patents cover many of Snapchat's most popular and lucrative features, including its "Snap Map" and "Snap Ads" features. BlackBerry believes those features were ripped off from BlackBerry's own mobile OS and Messenger (BBM) app.

"By the time Defendant released the first (and simplest) version of its messaging app, BlackBerry had already invented most of the technologically innovative messaging application functionalities at issue in this action," BlackBerry argues.

"Indeed, some of these innovations were already being utilized by users of BlackBerry’s smartphones, which represented more than half of the U.S. market in 2009 and came with BBM installed."

The six patents are:

BlackBerry claims that it has been trying to strike a license deal with Snap for more than a year but, with talks breaking down, it now has to resort to a lawsuit and request for a jury trial.

"This infringement has resulted in a substantial and undeserved windfall for Defendant as these users drive Defendant’s revenue," BlackBerry argues.

"Defendant’s gain comes at BlackBerry’s expense, depriving BlackBerry of revenue to which it is entitled as a result of its inventions. "

The complaint is very similar to the one BlackBerry filed last month against Facebook, WhatsApp, and Instagram, and even references one of the same patents. This is not by accident.

BlackBerry believes that many of today's biggest social networking sites are basing their business on the concepts it came up with more than a decade ago when it was making the now-defunct BlackBerry smartphone platform. Now that its operation trimmed down to developing software for other platforms, BlackBerry's legal team is hoping to call in what it sees as overdue patent licenses. ®