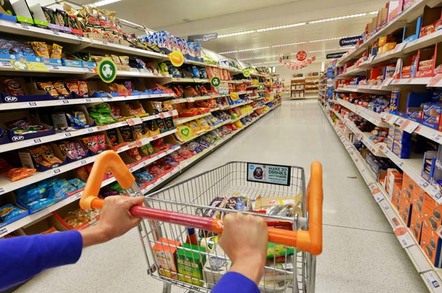 Brit supermarket giant Tesco is killing off the free email services offered to customers who bought its broadband package.

"Your tesco.net email address is the one you got with your very first Tesco Broadband and Homephone package. After 27th June, it will no longer be in service," the company told users.

The broadband service was sold to TalkTalk in early 2015, along with Blinkbox, at a time when Tesco was slashing costs in a bid to offset deep financial losses: £6.4bn for fiscal '15 ended February that year.

Some 75,000 people bought web and comms services from Tesco back in the day, but it is not obvious how many of these still use the free email stuff. Tesco told us it would find out but has yet to return with a number.

Big T said that "most customers" had now switched to alternative providers – Gmail and Outlook were suggested as options. These are vastly better services anyway.

Emails sent to the Tesco addresses will not be received from the end of June but users can have it forwarded to a different inbox until 19 October. Clubcard or users of other Tesco services will need to update their email address when they move to another provider to receive alerts.

El Reg revealed yesterday that Which? was shuttering its free email service. Users were somewhat more pissy about that, claiming they were only given two months to migrate. ®