As Zuck apologizes again... Facebook admits 'most' of its 2bn+ users may have had public profiles slurped by bots

And it's all your fault! 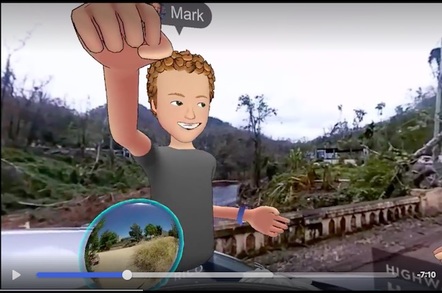 "It is clear now that we didn't do enough, we didn't focus enough on preventing abuse," Zuckerberg told reporters. "We didn't take a broad enough view of what our responsibility is, and that was a huge mistake."

Zuckerberg went on to take responsibility for the gaffe that let political marketing house Cambridge Analytica collect personal information on anywhere from 50 to 87 million users (Zuck noted the 87 million was a high-end estimate based on each user's maximum number of friends, and thus potential reach, over the period of the data harvesting.)

He also 'fessed up to overlooking warnings of fake news and targeting in the run-up to the 2016 election by Russian groups.

"In retrospect we were behind and we didn't invest enough in it up front," Zuck said.

Even as the social network's founder was giving his mea culpa for the Cambridge Analytica fiasco, however, another privacy scandal was emerging. Facebook's outline of its new data policies included the disclosure that Facebook's user search and account recovery features had been abused to scrape the profile information of potentially two or more billion accounts.

"Until today, people could enter another person’s phone number or email address into Facebook search to help find them," Facebook explained.

"However, malicious actors have also abused these features to scrape public profile information by submitting phone numbers or email addresses they already have through search and account recovery. Given the scale and sophistication of the activity we’ve seen, we believe most people on Facebook could have had their public profile scraped in this way."

Zuckerberg said the feature has been turned off effective immediately and, once again, apologized.

"I would assume that if you had that setting turned on, someone at some point has access to your public info in this way," he admitted.

But remember, it's your fault!

Even in apologizing, however, Zuckerberg made sure to once again let everyone know that he thinks he should only be so responsible for the data on his service. Noting that the scraped profile information was limited to what was publically viewable, Zuckerberg told reporters "the vast majority of the data that Facebook knows is because you chose to share it."

He also shrugged off the notion that Facebook's collection of data for use in targeted ads was a bad thing, arguing that advertisements designed to target and manipulate specific portions of the population based on personal information were actually not such a bad thing after all.

"People tell us if they are going to see ads they want the ads to be good," Zuck argues.

"On the one hand, people want relevant experiences, and on the other hand there is some discomfort about how data is used. I think the overwhelming feedback is for wanting a good experience."

Don't expect the privacy cock-ups to stop any time soon, either. Zuckerberg noted that as long as there's money to be made from the data his $448bn business collects, the Cambridge Analyticas of the world will be all too happy to take it.

"We are not going to be able to go out and find every single bad use of data," he said.

"No measure that you take is going to be perfect, a lot of the strategy has to involve changing the economy of the bad actors." ®