Why a merged Apple OS is one mash-up too far 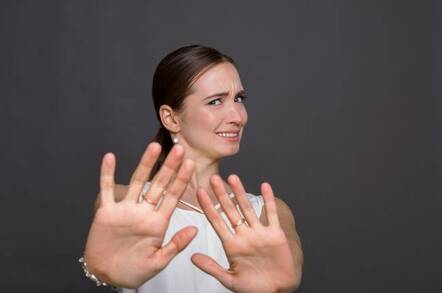 Comment It's come full circle. Young reporters joining a prestigious tech publication 20 years ago were quietly advised to focus on only three companies in what we then called "Client Computing". Who were they?

Intel, because no other chip company mattered – nobody could produce powerful PC chips at scale. Microsoft, because, well, it was Microsoft, and it looked invincible. And Dell, because it was a lean mean production machine that turned Intel reference designs into PCs with minimum cost. These were the big three "horizontal" PC companies and the late 1990s was the high point of the fashion for this model. Arguing the value of a vertically integrated company like Sun or Apple, which made both software and hardware, was career suicide.

The argument for the inevitable historical triumph of the horizontal model went like this: the PC was a commodity, and customers wouldn't pay the extra pennies for the value of an integrated manufacturer – they just saw it as an unwarranted profit margin. Apple was the great example of the fate that awaited a company that ignored the horizontal ideology. From 1996 to 1998, it lost billions. In October 1997 Michael Dell used a keynote speech to urge Apple to "shut ... down and give the money back to the shareholders".

But now we've come full circle. Steve Jobs ignored the ideology, and Apple went on to become the richest company in the world. What had worked for the PC industry (and still does) wasn't replicated elsewhere. Most computing isn't done on a PC any more.

Dell went private four years ago, and although it makes serious money, it also carries around $50bn of debt. Intel spent two decades trying to produce competitive mobile chips without securing more than a toehold in the market. It canned further development of 4G chips two years ago. And most humiliatingly, Microsoft turned to Qualcomm to prop up its legacy: so instead of Arm instructions running on an Intel chip, Windows 10S is Intel instructions running on an Arm.

As I wrote 12 years ago, reflecting on what was then a mere decade of failure in mobile: "Intel may stand for 'INTegrated ELectronics', but it failed to integrate the electronics that mattered when it mattered."

These days Microsoft now makes its own boutique hardware, the ultimate validation of the Apple model.

Apple is reportedly preparing to boot out Intel from its Macs, and use its own chips instead. This comes from an authoritative source: Mark Gurman at Bloomberg. In the decade since Apple purchased PA Semiconductor in 2008, it has been introducing more homegrown silicon across its product range with amazing results. The A11 chip outperforms the Intel chip inside a MacBook Pro – at least on some benchmarks. On single core tests and general workloads an Intel chip is still a superior choice.

Nevertheless it's close enough now to be a serious proposition. The NeXTSTEP OS was designed to be portable 30 years ago, and both MacOS and iOS are branches of the same NeXTSTEP tree. Last year Apple began to share an Arm version of the MacOS kernel for the first time. It's the other part of Gurman's Apple roadmap – the merged software platform codenamed "Marzipan" – that doesn't look so plausible. Marzipan entails merging (or if you prefer "reuniting") the branches of the old MacOS X so that iPad and iPhone apps run on future versions MacOS.

Just because you can doesn't mean you should

Bloomberg reported in December that "as early as next year, software developers will be able to design a single application that works with a touchscreen or mouse and trackpad depending on whether it's running on the iPhone and iPad operating system or on Mac hardware, according to people familiar with the matter."

For years, Apple has argued that it didn't make sense to merge a keyboard and mouse-first UX and a touch-first UX because the two got on happily.

"iOS from its start has been designed as a multi-touch experience  –  you don't have the things you have in a mouse-driven interface, like a cursor to move around, or teeny little 'close' boxes that you can't hit with your finger," Apple's VP of marketing Phil Schiller said in 2015, and not for the first time. "The Mac OS has been designed from day one for an indirect pointing mechanism. These two worlds are different on purpose, and that's a good thing  – we can optimize around the best experience for each and not try to mesh them together into a most-common-denominator experience." Schiller added that the merged UX had been tested extensively and just wasn't right.

"We don't believe in having one operating system for PC and mobile," Apple CEO Tim Cook reportedly said. "We think it subtracts from both, and you don't get the best experience from either. We're very much focused on two."

That's as true today as it was in 2015, and it will still be true in 2020, the reported date for Apple CPU-powered Macs. And who are we to argue?

What's odd is that the mashup OS would please the beancounters at Apple immensely. The company would save a fortune by not having to source chips from Intel, and should result in lower development and support costs. Apple could introduce new form factors which are already familiar in the PC world – "convertible" form factor Macs that look like the Lenovo Yoga or 2-in-1s like the Microsoft Surface Pro. iPads could run mature, designed-for-desktop software. But apart from that, it's hard to see what the benefit could be for the consumer.

Apple succeeded in the past two decades by filling in very obvious (in retrospect) unmet needs. For portable digital music, for example, or mobile services. These were being met badly, illegally or not at all. The iPad fulfilled a demand for "lie-back" content like TV, movies or reading. Other decisions are questionable: the Watch has finally found a niche as an upmarket fitness product, but only after billions spent on marketing. A smartwatch is still a solution looking for a problem. So, for most people, is a touchscreen Mac.

And it can go horribly wrong – just ask Microsoft. In 2012 Microsoft turned Windows from a keyboard-and-mouse-first UX to a touch-first UX. This was imposed on Windows by Steven Sinofsky in a brutal manner, resulting in a lot of unhappy customers. Microsoft could have created a touch-first version of Windows for tablets but wanted every single Windows user to feel the pain – so they got the message Microsoft was about touch and tablets. It was three years before it switched back, with Windows 10. A mashup AppleOS doesn't have to be imposed quite as brutally, but it poses another problem for Apple.

I'm betting that Apple will put its own chips in Macs, eventually, but I'm struggling to see the case for a single, merged Apple OS to rule o'er us. ®