Super Cali goes ballistic, Starbucks is on notice: Expensive milky coffee is something quite cancerous

Even now your java kills you – man, these rules are bogus 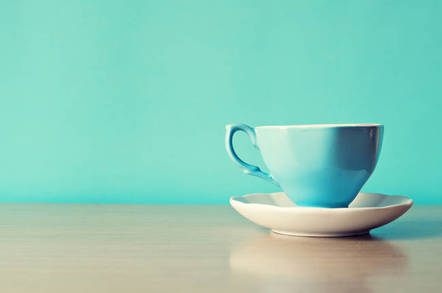 A California judge has ordered major coffee chains to put a cancer warning on their beverages.

Los Angeles Superior Court judge Elihu Berle ruled this week that, under state law, Starbucks and other coffee chains will have to put up a notice that compounds present in coffee can cause cancer. The judge said that, under California's Proposition 65, coffee chains are required to carry the signs.

"The Court concluded that Defendants failed to meet their burden of proof by preponderance of evidence on their affirmative defenses of 'no significant risk level', First Amendment, and federal preemption to avoid the requirement of cancer hazard warning labels as to the existence of acrylamide in brewed coffee," Berle wrote in his decision.

Passed in 1986, Proposition 65 was intended to warn the public when entering a business or facility that stored potentially hazardous materials. Among those are substances known to cause cancer and birth defects.

Acrylamide is a chemical component that is created in the roasting process of coffee beans and, when the coffee is brewed, end up present in the water. Technically, it is considered to be a cancer risk in high doses.

Whether those doses in coffee are high enough to actually raise a person's cancer risk, however, are up for debate. Studies have yet to show the amount of acrylamide in an average diet can raise cancer risk, and other studies have shown that the other compounds present in coffee can actually reduce your risk of cancer.

Still, according to the court, Starbucks and other coffee chains haven't been able to show that they aren't in direct violation of the actual wording of Prop 65, and as such ruled in favor of a plaintiff class lead by the Council Education for Research on Toxics (a group that appears to be well connected to the attorneys prosecuting the case).

In short, even though coffee doesn't actually cause cancer, and has actually been shown to reduce your risk of cancer umm, something something letter of the law.

"The parties do not dispute that roasting coffee causes the release of the chemical acrylamide, and that brewed coffee contains acrylamide," Berle writes.

"Defendants do not dispute that they failed to provide warnings to consumers that the ready to drink coffee they sold contained high levels of acrylamide."

On the plus side, we can all still get totally baked in the Golden State. ®