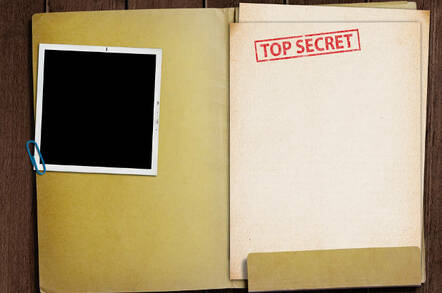 Cambridge Analytica's parent biz had "routine access to UK secret information" as part of training it offered to the UK's psyops group, according to documents released today.

A letter, published as part of a cache handed over to MPs by whisteblower Chris Wylie, details work that Strategic Communications Laboratories (SCL) carried out for the 15 (UK) Psychological Operations Group.

Dated 11 January 2012, it said that the group – which has since been subsumed into the unit 77 Brigade – received training from SCL, first as part of a commission and then on a continued basis without additional cost to the Ministry of Defence.

The author's name is redacted, but it stated that SCL were a "UK List 'X' accredited company cleared to routine access to UK secret information".

It said that five training staff from SCL provided the group with measurement of effect training over the course of two weeks, with students including Defence Science and Technology Ltd scientists, deploying military officers and senior soldiers.

It said that, because of SCL's clearance, the final part of the package "was a classified case study from current operations in Helmand, Afghanistan".

The author commented: "Such contemporary realism added enormous value to the course."

The letter went on to say that, since delivery, SCL has continued to support the group "without additional charge to the MoD", which involved "further testing of the trained product on operations in Libya and Afghanistan".

Finally, the document's author offered their recommendation for the service provided by SCL.

It said that, although the MoD is "officially disbarred from offering commercial endorsement", the author would have "no hesitation in inviting SCL to tender for further contracts of this nature".

They added: "Indeed it is my personal view that there are very few, if any, other commercial organisations that can deliver proven training and education of this very specialist nature."

SCL was set up by Alexander Nix, but when Steve Bannon later came onboard it operated under the name Cambridge Analytica, which Wylie said on Tuesday was aimed at appealing to Bannon's interest in focusing on the academic side of its work.

The firm is at the heart of the allegations about the use of 50 million Facebook users' data for political profiling and microtargeting. ®

Zombie Cambridge Analytica told 'death' can't save it from the law

Comment No lie, says Zuck and co, it was a separate data thing that we forgot to mention