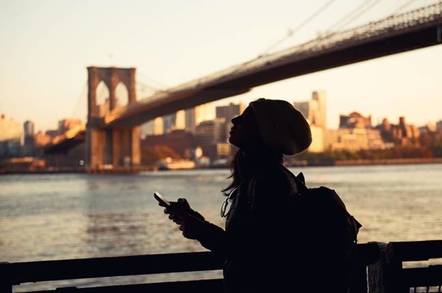 New York's City Council is mulling a law that would make it illegal for employers to require workers be on-call to answer emails after clocking out for the day.

Introduction 726, put forward this month by Council Member Rafael Espinal (D-Brooklyn), would require organizations to allow their employees to disconnect during non-working hours. The rule would make it unlawful for any private employee in the US city to be required to be "on call" to respond to messages received when they are not actually at work.

"It shall be unlawful for any employer to require an employee to access work-related electronic communications outside of such employee’s usual work hours, not including overtime, except in cases of emergency," the measure reads

"All employers shall be required to adopt a written policy regarding the use by employees of electronic devices to send or receive emails, text messages, or any other digital, work-related communication, during non-work hours."

Companies that were found to be in violation of the law could be subject to a fine from the city.

To enact the legislation, Espinal says, the city will need to amend both the New York City Charter and the Administrative Code of the City of New York.

Such laws are not unheard of in other parts of the world. Earlier this year, France enacted a similar right to disconnect rule that barred companies from forcing employees to be on-call with email.

A 2017 survey from Adobe estimated the average person spends around 5.4 hours per day with an eye on their email box.

Getting the measure enacted in the notoriously workaholic environment of New York, a massive global financial and media hub that prides itself on being "the city that never sleeps" could prove to be far more difficult. The measure will no doubt face a fierce opposition from the city's business community, should it even get that far to be approved. ®