But we should be honoured. He'll personally ask an exec to come 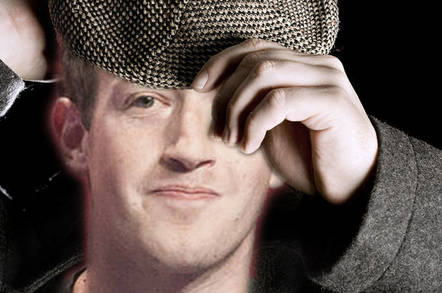 Updated Facebook CEO Mark Zuckerberg has once again declined to cross the Atlantic to give evidence to British MPs as part of their inquiry into social media and the spread of fake news.

The UK's Commons Digital, Culture, Media and Sport Committee's inquiry is rapidly morphing into a much wider investigation into exactly what happens to data slurped by Facebook and third parties via apps.

Although the committee flew out to the United States to question execs from the major tech firms last month – reportedly at a cost of £84,000 – recent revelations have prompted the group to revisit some of the evidence given to them.

Amid the furore over claims a researcher was able to obtain data on 50 million Facebook users as a result of lax privacy controls on the platform, the committee last week summoned Zuckerberg to "give an accurate account of this catastrophic failure of process".

However, to the surprise of no one, Zuck declined their offer. He has, though, taken the time to ask one of his subordinates to take the heat.

In a letter (PDF) to committee chair Damian Collins, Facebook UK head of public policy Rebecca Stimson said that Facebook supports the MPs' view that the issue needs to be "addressed at the most senior levels" by people who can answer the questions.

"As such, Mr Zuckerberg has personally asked one of his deputies to make themselves available to give evidence in person to the Committee," she wrote.

This will either by Mike Schroepfer, CTO, or Chris Cox, the biz's chief product officer, she said, noting that they both report directly to Zuckerberg and are "amongst the longest serving" employees.

In a brief statement before the committee heard evidence from whistleblower Chris Wylie – former Cambridge Analytica director of research – this morning, Collins said that the committee will be happy to hear from Cox and that this would be in the first week after Easter recess.

"However," Collins said, refusing to give up on the dream of quizzing the man at the top, "we would still like to hear from Mark Zuckerberg as well," saying MPs would allow him to give evidence over a video link if that was easier.

Meanwhile, Stimson's letter sets out some of the actions Facebook has taken in the last week.

This includes reviewing the apps that had access to "large amounts of information" before Facebook changed the terms of access through its Graph API. The firm also undertook to audit those "with suspicious activity". Any devs found to have misused personally identifiable info would be banned from the platform, it said.

Meanwhile, Facebook said it was changing its Login feature to reduce the amount of data an app can request to name, profile photo and email address – any more information will need Facebook's approval.

It will also turn off data access if people haven't used an app for the last three months, "encourage people to manage the apps they use" and expand Facebook's bug bounty programme.

Stimson also promised to tell people about apps that have misused their data, and said that in future if an app is removed for such activity, "we will tell everyone who used it". ®

Screw you, Brits: Zuckerberg will testify before Congress, it is reported.