Miscreants go down to the wire meddling with emergency dispatch's server 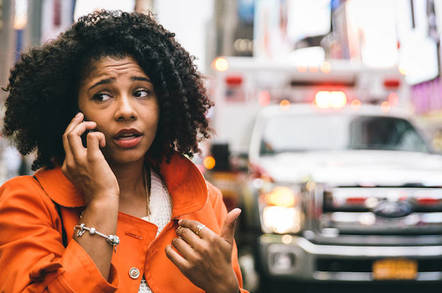 The US city of Baltimore suffered a brief outage on part of its 911 service at the weekend – and hackers are being blamed.

The Baltimore Sun reports that a cyber-attack on the city's network forced the emergency service's Computer Aided Dispatch (CAD) offline. The CAD system is used by 911 operators to direct first responders – police, fire, and ambulance – to the scene of an emergency.

We're told the attack was directed at a specific server, and took down the CAD system from 8.30am Saturday until around 2am Sunday. Operators were still able to manually dispatch responders during the outage, albeit much less efficiently.

The attack came at a particularly bad time, as thousands of protesters from the area gathered Saturday in Baltimore and in nearby Washington DC as part of the nationwide march against gun violence.

No systems beyond the one CAD server were hit in the e-assault, and no data was exposed or stolen.

The Register has contacted the city for additional comment on matter, but has yet to hear back. Officials may be a little preoccupied right now.

The snafu comes on the heels of a far larger and more serious attack on another major US city. In Atlanta, a ransomware intrusion that began five days ago is still hampering many of that city's main IT services, including email and internet access for some offices.

The city said on Monday its ticket payment system remains offline, and courts have had to grant legal reprieves for some cases until the payment portal can be brought back online.

That computer network intrusion, which left the city unable to access many of its own court and jail records, was traced back to a variant of the Samas malware that had demanded the city fork out more than $50,000 in ransom.

And according to Rendition Infosec on Tuesday, Atlanta government computers were infected in April last year with the leaked NSA-built DoublePulsar backdoor. ®