The answer may dismay and confuse you 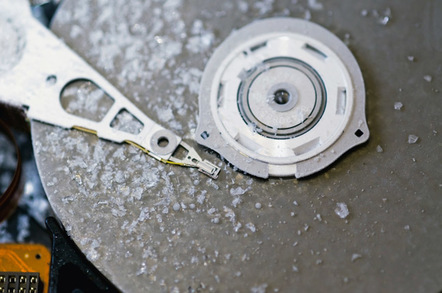 If it's handed to you on one of these it used to be a good. Now it's off the good status even if it's on a good. Got it? Good

Software is not a good, the Court of Appeal in London, England, has ruled.

More specifically, software is not a "good" as defined in the Commercial Agents EU Regulations, said the civil court in a ruling that overturns an earlier decision granting reseller The Software Incubator Ltd a cool £475,000.

Back in 2016, a UK High Court tussle between TSI and software behemoth CA Technologies (the artists formerly known as Computer Associates) resulted in the court declaring that software is a good, as defined, and ordering the £475k payout.

TSI had been contracted to CA to plug its release automation software in Blighty – until the latter scrapped the deal in 2013 when TSI inked a similar UK "consultancy" agreement with rival outfit Intigua.

Stung by the sudden breakup, TSI sued, successfully arguing that CA's abrupt termination of the contract meant that it was liable to cough up under the Commercial Agents (Council Directive) Regulations. Those say that sales agents can claim compensation from principals in certain circumstances if their contracts are terminated.

As we reported at the time, CA argued that TSI wasn't covered by the regs because they only apply to contracts for "goods", and software, not being a tangible thing, doesn't count. His Honour Judge Waksman QC disagreed and ruled against them, adding that perpetual licences amounted to a sale of goods. Unhappy with the verdict, CA appealed it.

So what is it? Intellectual property. Errr... even if it's on an actual disk?

Lady Justice Gloster of the Court of Appeal agreed with CA that "on a proper construction of the language in the regulations, the software did not constitute 'goods' within the meaning of Regulation 2(1)". The software itself was only ever supplied as a download link and was "never" provided "using any tangible media".

"The High Court has held that, if no hardware is supplied, then the regulations do not apply to the supply of software because it is intellectual property," said Lady Justice Gloster, whose judgement was endorsed by Lord Justices Irwin and Henderson.

She added, discussing the merits of this: "The judge [in the 2016 case] had a point when he stated that there is no logic in making the status of software as 'goods' (or not) turn on the medium by which they were delivered or installed... [CA's barrister] accepted that if, in the present case, a company or individual had asked for, or been sent, a backup disk that carried the software in case something went wrong, [then] in such a circumstance, the software would be tangible property. The idea that this latter situation would fall under the regulations, while the former would not, appears illogical." ®

We finally got one! Russian 'fesses up to cracking bank servers, netting big bucks

FYI: Your Venmo transfers with those edgy emojis aren't private by default. And someone's put 7m of them into a public DB