El Reg deep dive: Everything you need to know about UK.gov's pr0n block 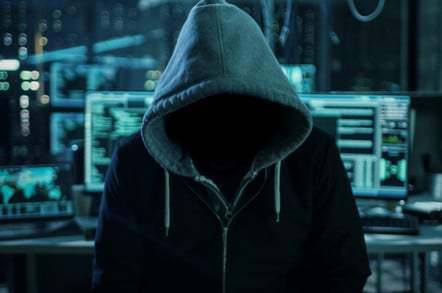 Is this how we'll all surf smut from now on?

Remember last night when you went online to order pizza and stumbled across those two people humping each others' brains out?

In response, anyone who wants to go beyond a "shop window" page – which might show a lady in a bikini at best/worst (delete as appropriate) – will have to prove they're over 18.

The plan was put on the statute books as part of the government's large and multifaceted Digital Economy Act, which was rushed through Parliament in the legislative panic before Theresa May's ill-fated snap election last year.

It was due to be rolled out next month, but just as it was about to climax, the government hit pause. It had become clear that the newly appointed regulator wasn't going to be able to produce the necessary guidance in time.

That guidance is due to land any day now, and observers are hoping – with a healthy dose of scepticism – that it addresses their concerns.

Although it's highly unlikely the government will pull out entirely, the delay has been welcomed as a victory by free speech campaigners and indie pornographers, who have been against the plans from the start.

The quick answer is that – despite what lawmakers would like to believe – it's not a simple case of taking offline laws and applying them online. There are no end of technical and societal issues thrown up by asking people to submit personal details to third parties on the internet.

Policymakers have made a difficult situation harder by failing to engage with critics and frustrated businesses with a lack of clear guidance.

"The more I learn about the way the government is handling this, the less confident I feel," said sex blogger Girl on the Net, who writes (NSFW) anonymously to protect family and former partners.

"The industry has been crying out for more guidance and clarification on how exactly age verification is going to work, and been given very little to go on."

The knock-on effect of a lack of engagement is that many feel the government has decided on a policy direction without proper balancing.

"I am not confident that the government is taking security and privacy concerns seriously," Girl On The Net said. "I think that – as is so often the case when we're encouraged to 'think of the children' – they have given almost no weight to the rights of adults to access legal adult material."