Oh wait, yes they do 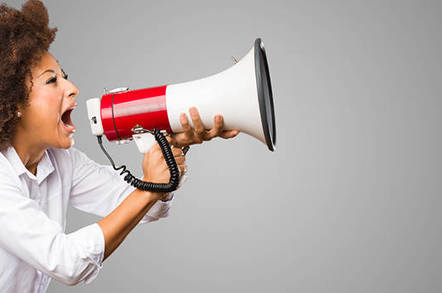 The UK data protection watchdog’s well-advertised raid of Cambridge Analytica’s offices is no closer to happening, as the High Court has adjourned the warrant application until tomorrow.

The Information Commissioner's Office (ICO) raid is related to allegations around the controversial UK-based data analytics firm's use of personal data in political campaigns.

After destroying the element of surprise by announcing the raid live on TV on Monday night, information commissioner Elizabeth Denham has admitted her team is having to wait even longer before going in.

In an update issued this morning, the ICO said that a High Court judge “has adjourned the ICO’s application for a warrant relating to Cambridge Analytica until Friday”.

The ICO said it would “be in court to continue to pursue the warrant to obtain access to data and information to take forward our investigation”.

A spokesperson told The Reg they couldn't offer any more details on the reasons for the delay - the demand for the warrant was issued on March 19, but the ICO first issued the biz with a demand for access to records and data on March 7.

Although processes for gaining warrants can sometimes take time, it has been pointed out that the embarrassingly public nature of the delays could have been avoided if the commish hadn't decided to broadcast the plans on prime time TV.

It has also raised concerns about whether the ICO will be able to get all the evidence it needs. Which doesn’t act as a very good advert for the ICO's investigative and administrative processes.

However, the rest of the European Union’s data protection agencies have said they are behind the ICO’s efforts.

In a statement, Andrea Jelinek, chair of the Article 29 Working Party - the group of EU DPAs - said she “fully supports” the ICO’s investigation and that other members of the group would be working together on the process.

“As a rule personal data cannot be used without full transparency on how it is used and with whom it is shared,” she said. “This is therefore a very serious allegation with far-reaching consequences for data protection rights of individuals and the democratic process.”

Meanwhile, Germany is the latest country to summon Facebook’s execs to speak to policymakers, with justice minister Katarina Barley reportedly calling the firm's bosses in for talks.®