There's plenty of fish in... Oh 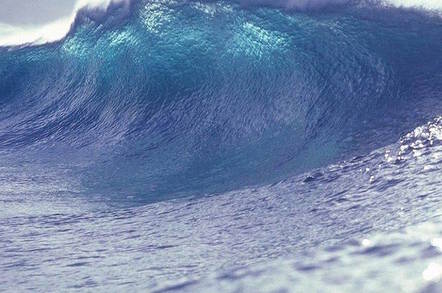 Because tiny fragments of plastic are impossible to identify by current orbital imaging technology, detecting the spectral signature of plastic represents a promising alternative approach.

ESA’s Paolo Corradi, who is overseeing the project, explained: “We’re not talking about actually spotting floating litter items but instead to identify a distinct spectral signature of plastic picked up from orbit, in the same way that processing software can today pick out concentrations of phytoplankton, suspended sediments and water-borne pollution.”

The two teams are both sponsored by ESA: the first are researchers from ARGANS and the other are from the UK’s Plymouth Marine Laboratory.

The project is due to conclude in September 2018.

An earlier proposal to use spectroscopy was made in a paper (PDF) arising from a NASA-sponsored 2016 Marine Debris Workshop in Hawaii.

Marine scientists go to all the best places for their conferences.

However, with the US White House hoping to take an axe (PDF) to NASA earth science missions such as DSCOVR and PACE, an observatory to look at plastics is unlikely to make it anywhere near a launchpad.

ESA, on the other hand, operates the ambitious earth observation programme, Copernicus, in which the UK is involved. For the time being, at least.

By checking satellite imagery produced by ESA’s Copernicus Sentinel-3 orbiter against ground and air observations, the teams can define the requirements for a set of space-based instruments specifically designed to look for plastics.

Scientists already use indirect imagery to estimate the size of the litter problem, with satellite maps of ocean currents used to generate alarming visualisations of litter accumulation.

Getting a global map showing actual litter concentrations, rather than simulations, would definitively demonstrate the scale of the problem.

Combined with the current tsunami of nature documentaries featuring sad looking sea-life, minds might just get focused on solving it. ®