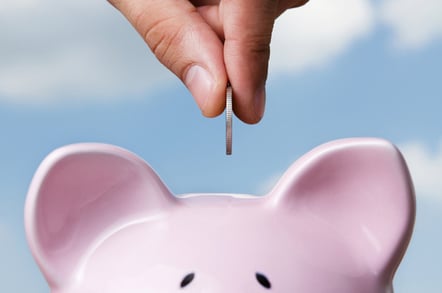 Former UK state-owned telco monopoly BT has confirmed the closure of the defined benefit BT Pension Scheme (BTPS) from the end of May with a "hybrid" replacement waiting in the wings.

BT is desperate to staunch the flow of red from its accounts caused by a pension deficit that has doubled to £14bn in just three years, and spent the past 10 months negotiating with staff and unions over the move.

The Communication Workers Union (CWU) told The Register that a deal has been struck for a hybrid scheme that includes elements of defined benefits (DB) and defined contributions (DC) pension scheme.

Under the plans, staff in the BTPS will be able to leave whatever was built up in the existing DB allocation (prior to 1 June) unchanged. Staff retiring at 65 would then see the DB portion of their pension calculated based on a career average salary (up to £17,500 and increasing in line with the Consumer Price Index) over the years of service. Anything on top would go into a DC fund.

The DB Pension Scheme means BT would still be on the hook for a guaranteed portion of the employee's final salary at retirement – though this will likely be a far smaller figure due to the revamp.

BT's preferred route was to move entirely to a DC model, where both employee and employer contribute to an investment fund with which a pension could be purchased at retirement, resulting in no further cost to BT but a lot more risk for the employee.

Unions, unsurprisingly, reacted negatively to workers facing a reduction in circumstances once retired.

The CWU said it expects the hybrid scheme to be set up within three months, although BT has given itself the somewhat more relaxed target of April 2019.

Until then, some 20,000 non-management members of the BTPS will be moved into the DC-only BT Retirement Saving Scheme (BTRSS), joining managers and employees not in the BTPS, and receiving additional transition payments for up to 10 years along with a BT contribution rate of 10 per cent.

Part-timers will see the minimum contribution to their pension from BT increased to £2,000.

"For members of the BTPS the proposed settlement secures an important element of DB pension benefits under an innovative new Hybrid pension arrangement. This is a significant achievement – set against a backdrop of the company's preferred option to do away with DB pensions altogether."

He concluded: "Taken together with a pay increase in excess of six per cent over two years, the Executive firmly believes that the company’s full and final offer is the very best that could be secured by negotiation for both BTRSS and BTPS members."

"I feel it's critical that we provide fair, flexible and affordable pensions for all our people. I'm committed to helping them save for retirement, so I'm pleased we've reached an agreement with our unions." ®