Come for the nose job, stay for the... denials of any wrongdoing 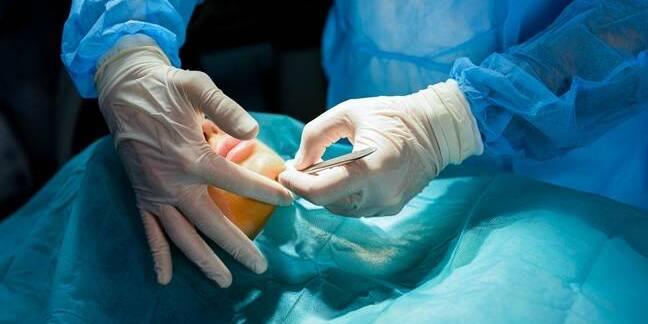 This is according to one of his former patients, who hopes to collect damages from the famous Beverly Hills doctor for what she claims was a botched cosmetic procedure.

Haworth has denied the accusations, calling them "preposterous."

The baffling allegations stem from a deposition given by Haworth's former surgical assistant, Monica Berlin, in January. The assistant claimed Haworth "regularly played hard-core pornography and videos showing extreme and graphic violence" on a monitor during surgeries. In her deposition, Berlin also claimed Haworth took the painkiller Percocet before procedures and failed to disclose a medical condition that affected his vision.

Rudd cited the same deposition in another case [PDF] brought against Haworth by another former patient, Laura Day, also represented by Rudd.

Broussard is trying to sue Haworth for the effects of the lip-filling procedure she claims left her with permanent injury. She said she will sue for malpractice, fraud, and emotional distress.

This is the second complaint Broussard has lodged against Haworth. Her first complaint, filed in 2013, was dismissed with prejudice in 2016 after her expert witness was unable to testify, according to Los Angeles County court records. Broussard is now in the process of filing an amended version of that complaint referencing Berlin's deposition. ®

Google rolls out pro-privacy DNS-over-HTTPS support in Chrome 83... with a handy kill switch for corporate IT

You want this service at Cloudflare's scale? Then maybe you might want to pay for it