But will that prevent another burning effigy? 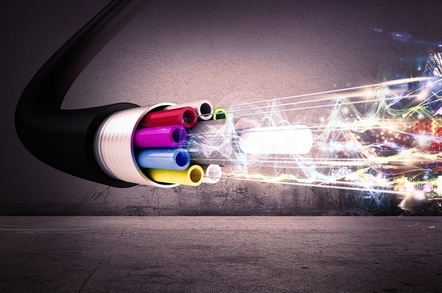 BT's Openreach is to hire 3,500 trainee engineers in a bid to support its 'full-fibre' proposals for Britain.

The former stated-owned telco monopoly claimed its "largest recruitment drive" comes off the back of its plan to connect three million premises to full fibre by 2020, up 50 per cent on its previous goal.

That programme is expected to cost up to £6bn, which BT hopes to recoup by increasing service providers' line rental charges by £7 per month, a cost that will undoubtedly be passed onto consumers. The firm is also asking service providers to move all customers onto the fibre network.

Currently just 3 per cent of the UK has full-fibre penetration.

Since its legal separation from BT, Openreach is an independently governed division of the BT Group. Shortly after the long-fought separation occurred last year, Openreach announced it was hiring 1,500 engineers in 2017.

The business is also to open the first of 12 new national fibre engineering schools in Bradford.

"This digital infrastructure will be welcomed by families and business across the country, and these new highly skilled jobs will be a boost to our talented workforce as we build an economy fit for the future."

“I’m confident that our twin investment in people and infrastructure will help the UK achieve the societal and economic benefits that come from better, more reliable, faster broadband services.”

However, many folk remain less than happy with Openreach, with Templeton, a town in Devon, England, burning an effigy of an Openreach van on Guys Fawkes Night in November to protest over slow broadband speeds in the area. ®