Airbus CIO: We dumped Microsoft Office not over cost but because Google G Suite looks sweet 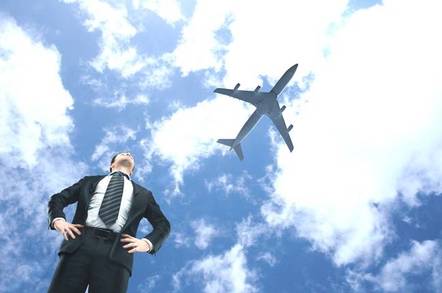 Interview Collaboration rather than cost is the reason Airbus has given Microsoft’s old-world Office app bundle the heave ho and is migrating 130,000 staff – the entire workforce – to Google’s G Suite.

As exclusively revealed by The Register on Wednesday, Airbus – yes, the designer, builder and seller of civil and military aeronautical hardware – will spend the next 18 months escaping the on-premises world of Microsoft licensing in pursuit of Google's cloud.

“Everything we do depends on people and people working together, we have incredibly complex products that require people from very diverse backgrounds and specialisms to work together very closely and that is exactly what we are trying to do here.”

“Cost was not a driver of this. Absolutely not. If cost was the driver, Tom [Enders, CEO] would not have been interested in this.” The driver, he said, was “better collaboration and higher agility rather than some short-term cost savings.”

One insider at Airbus claimed the business was under some pressure due to the A380 order book not filling up as expected, and a battle with Boeing over subsidies.

The decision to move to Google was in no way related to his past experience he told us: “There is no link.” He claimed Google’s G Suite was “built from the ground up” for collaboration, and Airbus’ traditional tools in use were based around Microsoft and email.

“We want people to fundamentally reconsider how they work and move away from old ways of working, like sending millions of emails around,” said Hennekens.

“It is a lot easier to achieve that with a tool that, from its conception, radically breaks with past ways of working and past concepts, rather than working with a tool (Office 365), that is a step up, but still in many ways is similar to what we’ve been using in the past.

“We want to force the organisation to make the change and drive a true transformation, and not just do a tool upgrade.”

Airbus will organise information around “teams, topics and programmes” and “let people go to the information that they need for their jobs… almost the opposite from an environment that is based on email where you receive whatever it is that others decide you can receive.”

The migration will take 18 months but Airbus did not make the details of the timing public. All employees will be moved onto G Suite, including 40,000 shop floor workers that have never been “digitally enabled,” he said.

“We are going to engage a significant number of people in the company to actively be part of this transformation and help us design it in a way that is fit for purpose in their circumstance, because a design engineer, or a shop floor worker or an accountant have completely different needs.”

The ultimate aim of all this digital transformation and “disrupting” of itself, is to build products faster to market, the CIO said.

In the conference call for Alphabet's last set of financial results (calendar Q4), Google CEO Sundar Pichai, said G Suite was a $1bn-per-quarter business, pointing to “larger deals” with “more strategic customers” that he said the company had booked.

Eric Haddad, managing director at Google Cloud France and EMEA head of digital workplace, told El Reg the deal with Airbus was one of the largest his company has transacted in the defence and aerospace industry.

And he said it was among the biggest in terms of seats across Europe. “When you look at the requirement from Airbus in terms of security, data protection, and so on, I think this project is quite strategic.” ®