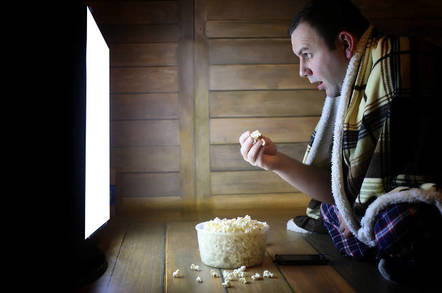 In Austin, Texas, on Tuesday, YouTube CEO Susan Wojcicki told the audience at the South by Southwest Interactive conference that the social video site plans to defuse conspiracy theory content by pairing it with corrective information culled from Wikipedia – a site editable by more or less anyone.

However, she neglected to inform Wikipedia, which on Wednesday reacted with bemusement.

In a statement, the crowdsourced encyclopedia's parent, the Wikimedia Foundation, said, "We are always happy to see people, companies and organizations recognize Wikipedia's value as a repository of free knowledge. In this case, neither Wikipedia nor the Wikimedia Foundation are part of a formal partnership with YouTube. We were not given advance notice of this announcement."

The foundation urged companies that use Wikipedia's content – that would be YouTube – "to give back in the spirit of sustainability."

Assuming YouTube's plan goes forward, it won't be the first time Google has benefited from work done without compensation. Google made its fortune by capturing the labor that went into building the web, in the form of links between pages, in its PageRank algorithm, which treats links as votes for relevance.

Since then, labor parasitism has proven to be a profitable online business model, exemplified by not just Google, but Amazon, Facebook, Craigslist, and any other company that can get away with offering exclusive access to other people's keystrokes, sound, images, and videos for more than the cost of acquisition and hosting.

YouTube owner Google hasn't yet separated the video site's ad revenue from other earnings, but Colin Sebastian, an analyst at investment firm Robert W. Baird, recently predicted that the site will earn $15 billion in ad revenue in 2018.

YouTube ad revenues, however, have suffered as a result of the site's failure to curtail offensive and extremist content. Revelations that the video site sold ads to Russian trolls haven't helped matters.

Advertisers last November suspended their YouTube commercials after they appeared in videos depicting kids in various states of undress that had attracted pedophillic comments. The following month, Wojcicki said YouTube would increase its staff of content vetting personnel to 10,000 in order to cut down on objectionable content, echoing similar moves by Facebook and Twitter.

Despite assurances from the Wikimedia Foundation that its contributors are experienced in dealing with dubious information, executive director Katherine Maher is less than enthusiastic about uncritical reliance on Wikipedia entries.

"[F]rankly, we don’t want you to blindly trust us," she wrote in a tweet on Wednesday. "Sure, we’re mostly accurate – but not always! We want you to read @Wikipedia with a critical eye. Check citations! Edit and correct inaccurate information! You can’t do that in a simple search result." ®