State won't work with those whose conduct is atrocious 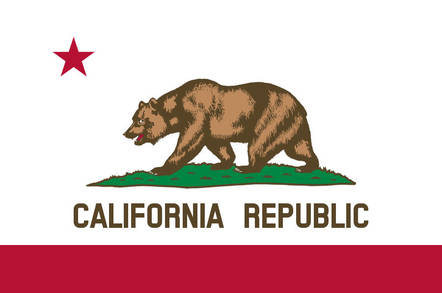 California is doubling down on its efforts to mandate net neutrality, this time with a bill making its way through the state senate.

The bill, SB 822 [PDF], would mandate the state only work with ISPs that adhere to policies against blocking and throttling lawful traffic. It has been submitted to the Senate rules committee in hopes of getting a popular vote.

Authored by Sen. Scott Wiener (D-San Francisco), the legislation was re-introduced on Tuesday with amendments Wiener says will strengthen rules against net neutrality violations for any carrier that wants to do business with a California state agency, receives public infrastructure grants, or holds a state franchise for video service.

SB 822 was first introduced in January by Wiener as part of a joint effort with the California Assembly in response to the FCC's moves to kill net neutrality at the federal level. Since then it has been undergoing revisions in committee.

"Over the last two months, I have had many conversations with elected leaders across the country who share our goal of protecting net neutrality in the wake of the disastrous FCC decision," he said.

"I will continue to engage with other states on this issue."

California is one of several states to move for its own net neutrality laws by passing mandates on ISPs operating within its borders. Similar laws have already been passed in Montana, Vermont, New Jersey, Hawaii, and New York.

Not surprisingly, many of the advocacy groups that unsuccessfully fought Ajit Pai's FCC rollback are now backing the state measures.

"Today’s news from California shows that constituents in the country’s most populous state are deeply concerned about the loss of real net neutrality protections." ®