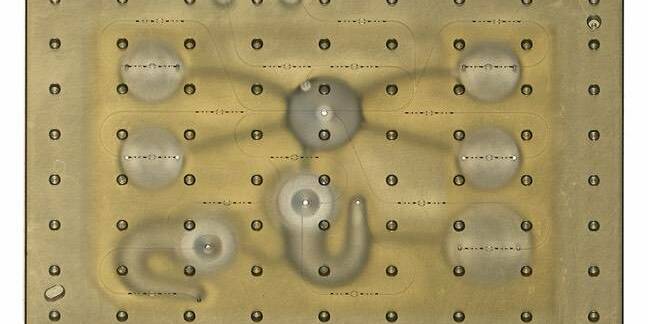 Boffins from the Massachusetts Institute for Technology, Northeastern University, and several bio-oriented companies have developed a chip that can be loaded with cells from up to 10 organs for testing how drugs affect the human body.

The microfluidic platform – which the researchers refer to as a "physiome-on-a-chip" and others call a "body-on-a-chip" – offers an alternative to animal testing, which often fails to predict how pharmaceuticals interact with human patients in pre-clinical trials.

As described in the journal Scientific Reports, the researchers have created what's known as a microphysiological system, or MPS, to model organ-to-organ crosstalk – the way in which a drug's effect may be determined by how it interacts with multiple different organs.

An MPS can be thought of as a sort of audio mixing board for fluids. The top layer is made from a block of plastic with various compartments to allow fluids to move in a representation of a circulatory system. It includes a water reservoir to maintain humidity and limit evaporation, and has microfluidic channels and pumps to shift the chemistry about.

The MPS platform expands upon technology developed and commercialized by CN Bio Innovations, a UK-based company that develops organ-on-chip hardware.

The work, funded by the US Army Research Office and DARPA, follows a 2012 cooperative agreement between MIT and DARPA to establish a PhysioMimetics program to develop a microfluidic platform involving modules that model human organs. ®