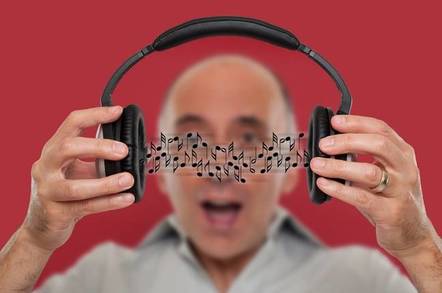 A complaint [PDF] filed with the Northern California District Court accuses Adobe of violating its copyright on nine different media encoders and software routines. The complaint also alleges breach of contract, breach of warranty, and assertion of audit rights.

The way Dolby tells it (Adobe did not respond to a request for comment), the entire matter goes back to 2012, when Adobe was in the midst of a shift from media-based software to its Creative Cloud service, leading the two companies to re-negotiate a deal that previously calculated a license fee for each disc sold.

At the time, the two companies agreed to calculate the licensing costs Adobe paid to Dolby for using its audio encoders and other tools based on the daily average number of subscribers to the service.

Normally, Dolby says, it lets companies self-report the sales figures they use to calculate Dolby license payments. To keep them honest, the company occasionally sends in a third-party auditor to check the customer's books and make sure they aren't under-reporting.

In 2015, Dolby tried to do just that with Adobe, asking to see figures on the subscriber rates for Creative Cloud from 2012-2014. Instead, Adobe offered the auditors access to figures it used for its quarterly financial reports.

"An audit consisting only of reviewing what was previously reported is, of course, no audit at all," the suit claims.

"The entire point of an audit is to verify the accuracy of the prior representations of Adobe about what was or was not a royalty-bearing “Sale” of Adobe’s various products that contain Dolby Technologies."

At the same time, Dolby charges, Adobe execs were trying to negotiate with Dolby on a new licensing deal for its cloud services, stalling with the audit request in order to keep Dolby in the dark until late 2017.

"Dolby thereby learned that Adobe’s representations and assurances were not true and that Adobe would not comply with its audit obligations," Dolby claims.

"In fact, on information and belief, Adobe had never intended to provide Dolby with complete information sufficient for Dolby to conduct a meaningful audit of Adobe’s books and records."

Adobe has sent us the following statement on the matter:

While Adobe does not comment on the details of any pending litigation, Adobe does not agree with Dolby’s characterization of the issues concerning its audit of Adobe’s past use of its software, as disclosed in its complaint.