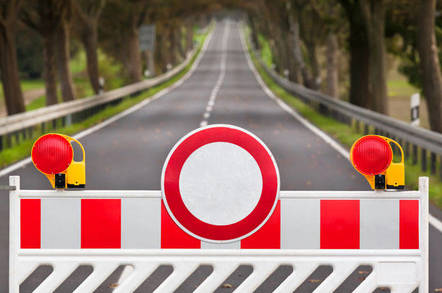 The creator and co-founder of Tutanota is blaming Comcast after his encrypted mail service was briefly taken offline earlier this month.

Mathias Pfau claims his secure email service was mysteriously unavailable to Comcast customers for around 18 hours over a period spanning from the evening of March 1 until late in the the morning of March 2. Tutanota says the ISP has not offered any explanation for the outage.

According to Pfau, the outage was serious enough that the site received "hundreds" of complaints from Comcast customers in the US who were left unable to check their mail over the downtime.

"This block - be it malicious or accidental - shows how much power ISPs are having over our online experience, and it is shocking" Pfau said.

"If ISPs can block access to certain websites or services, they control the internet."

The Register has contacted Comcast for comment, but had yet to hear back from the telecoms giant at the time of publication.

The brief outage is raising concerns about how Comcast and other companies will adhere to their net neutrality pledges in the absence of any official rules against or threat of enforcement from an FCC that has now rendered itself utterly toothless on the matter.

Comcast has long maintained that it does not block or slow any lawful traffic, and so far there is nothing to suggest the 18-hour Tutanota block was a deliberate act.

Still, the episode has some, including Pfau, worried that Comcast and other ISPs could throttle his and other secured messaging messaging services until they could no longer afford to operate.

"Universal access and fast connections are most important when it comes to online services", Pfau wrote.

"So even if you are providing the better service compared to what a huge corporation has on offer, the big competition can always outplay you by simply paying for faster connections and better accessibility for their users. In the end, monopolies will control the Internet and your data." ®