Oh plus this GREAT idea... 14-and-ups should hand over their data 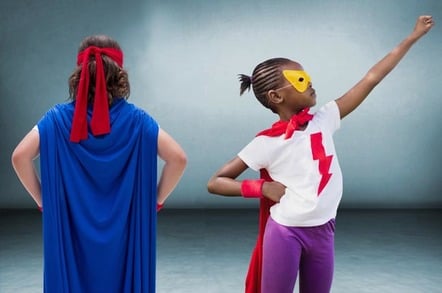 UK Minister of Digital, Culture, Media and Sport Matt Hancock said this weekend he wants social media sites to enforce a cut-off for youngsters on Facebook, Instagram, Snapchat and the like.

Under the proposals, which he floated in an interview with The Times on Saturday, teenagers face being pushed away from social media sites after a few hours’ browsing.

Whether the proposed requirement would include those young people who are endlessly browsing his Matt Hancock app (no they're not), which the minister bragged to The Times now has 10,000 users, remains unclear.

No details were given on how the scheme would work, but it may involve extending a law requiring pornographic websites to ensure that users are over 18, by means of a credit card.

Age verification in the UK was meant to happen in April, but it is now going to be pushed back to the end of the year to give the regulator time to consult and implement its guidance.

Hancock said the limits would be enforced using a new legal requirement for social media companies to ensure that anyone setting up profiles is aged above 13.

He said: "For an adult I wouldn’t want to restrict the amount of time you are on a platform but for different ages it might be right to have different time cut-offs.

“I think there is a genuine concern about the amount of screen time young people are clocking up and the negative impact it could have on their lives.”

Hancock accused social media companies of failing in their duty of care to children and that the government is "going to require them to take that care".

“I want to get this fixed before my children go on the internet. I am very worried about them being on social media. We take great care in deciding who babysits our children. Why should I feel comfortable allowing my daughter into a playground where anyone in the world can come unsupervised?”

Speaking about his app, he said it has allowed him to have conversations that he would otherwise never have had. “As politicians, we have to communicate differently.”

However, Hancock came under fire for the app failing to adhere to the data protection policies he touts in his day job - particularly the app's request to access permissions on users' phones such as access to photos.