First it giveth then it taketh away 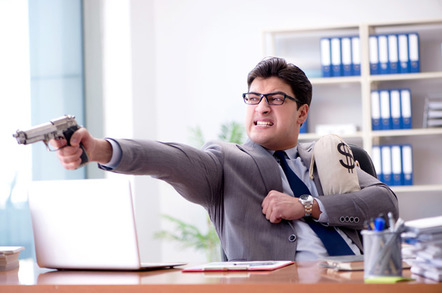 Big-hearted Microsoft has confirmed pending changes that will make it easier for charities to use its cloud services but will hike prices for anyone daring to use its on-premises wares.

Charities – for their sins – got used to having copies of software donated by the Seattle-based corp.

For an "administration fee", charities were able to get hold of Windows Server or SQL Server for negligible sums. A copy of Office Professional could be acquired for considerably less than a round in The Register's local.

The times, however, are a-changing, and an email from Tech Trust, seen by The Register indicates management at Microsoft is cutting optimising its on-premises product donations by, er, removing all "premium" versions from April 1.

The email highlights the Professional version of Office and Visio as well as Enterprise editions of SQL Server and Exchange Server as being for the chop. Windows Server Datacenter is also to be dropped.

The message stated: "With Microsoft's new discounted offers, charities will still be saving money off of [sic] the retail value of specific products, however they will cost a little more than they do right now."

The exact pricing has yet to be confirmed to the sector by Microsoft, El Reg understands.

Charity giant Oxfam, which probably has bigger things on its mind than software licensing, was unconcerned and told The Register: "Oxfam GB generally doesn't use/qualify for Microsoft's non-profit software donation programme as it is mainly for low value purchases – so this change won't really affect us."

Another source, who asked to remain anonymous, was more concerned: "It is taking that money away from that charity which could otherwise have used it for something else important.

"It's also very short notice, which isn't great from a budget/planning point of view.

"I have previously been involved in a project where an organisation was hit by a change in how Microsoft defined a charity/non-profit organisation midway through, so the costs went from 'negligible' to 'eye-watering'."

In news that will be of no surprise to anyone, the company that thought Windows RT was a great idea would much rather charities signed up to discounted subscriptions for the likes of Office 365 instead of actually owning the software.

In a statement sent to us, Microsoft said: "We are making improvements and changes to our discounted offers on software, cloud and hardware, and creating predictable pricing with standardised discounts to better support strategic IT planning.

"We are optimising our technology donation programme to better serve the needs of charities with fewer than fifty people, which make up the majority of non-profits around the world. And we are investing in deployment and migration services, and continuing our Azure and Office 365 E1 donation offers, to help charities move to the cloud."

While premium software will switch to Microsoft's byzantine commercial pricing model (although with a potential hefty 75 per cent discount), standard versions will remain available through the licence donation programme.

But if you are a charity and want some top-end Microsoft goodness, getting moving before April Fools' Day would be a smart move. Charities still working through upgrades required for GDPR compliance should take note. ®