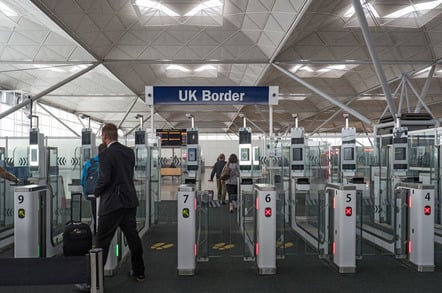 Forty industry bodies have called on UK government to rethink its cap on skilled workers' visas, which has been reached for the last three months running.

Skilled non-European workers wishing to work in the UK must enter through the Tier 2 (General) Visa route, which is used for most hires in the science and tech sectors, as well as healthcare.

However, government has capped entry through this route since 2011. The limit is currently set at 20,700 a year – a figure widely condemned by science and tech bodies and employers as arbitrary and unhelpful.

A fixed number are available each month – although government can sometimes "borrow" or carry over allocations – and once this cap is reached, any other applicants are prioritised on a points basis.

Jobs on the shortage occupation list – like physics teachers, nurses or mechanical engineers – and those that require a PhD will be ranked higher, with salary as the deciding factor. Anyone coming to the UK with a job offer of more than £159,600 escapes the cap entirely.

Up until recently, the cap had been hit only once, in June 2015, when it was revealed that some 66 applicants had been refused for engineering roles.

However, it has now been reached for each of the past three months, meaning government will prioritise shortage jobs first, followed by those with the highest salary.

For instance, MP Stuart McDonald said in parliament last month that in December 2017, people essentially had to have a salary of £55,000 or above to qualify for a certificate.

It also means unsuccessful applicants will reapply in the following months, which will have a knock-on effect on the cap further down the line.

As such, pressure is mounting on government to address the cap, and a group of 40 organisations have today written to ask prime minister Theresa May to take "urgent action" to ensure UK firms can attract the best talent from overseas.

"Productivity will suffer if firms cannot access the talent they need," the signatories write.

"Due to the cap on Tier 2 (General) visas being reached in each of the last three months, hundreds of business-critical roles across the economy are going unfilled. Employers need a predictable immigration system. The implementation of the cap on Tier 2 visas undermines business confidence and could damage productivity."

The group – led by Sarah Main, director of the Campaign for Science and Engineering – includes the Council of Professors and Heads of Computing, the Institution of Mechanical Engineers and the BioIndustry Association, and the British Chambers of Commerce.

They argue that government has recognised the importance of research and innovation in its industrial strategy, but this runs counter to the cap, and urge it to take action to "resolve the tension" between the two.

"The repeated rejection of skilled workers due to the Tier 2 cap being reached is already damaging the UK's international appeal," the letter stated.

Since the PhD-level roles and those on the shortage occupation list are already given priority, the group called for them to be totally exempt from the gap. This would also allow "other business-critical roles to be given due consideration", the group said. ®