Saudi Arabia shows more optimism for AR tech than… well, everyone else 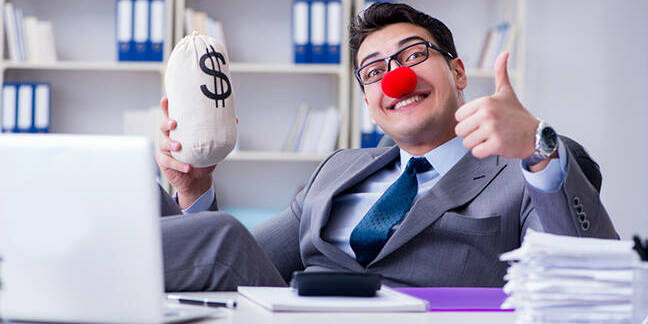 Analysis Throwing caution to the wind, the investment arm of Saudi Arabia has sunk $400m into augmented-reality biz Magic Leap.

Despite a history of over-promising and under-delivering – to put it mildly – the Florida-based company continues to attract funding, pulling in just under $1bn in its fourth round of financial infusions.

It is notable that this time, the vast majority of the funding has not come from VCs or Silicon Valley giants, as in the past, but from two giant state-owned investment funds.

It's possible that those investments serve another purpose: to raise the funds' profile and indicate they are interested in the tech industry so they get offered other opportunities, or perhaps to gain access to the tech luminaries that have been sucked into Magic Leap's orbit.

The alternative – that anyone would actually want to put money into Magic Leap as a business investment – just seems implausible.

Aside from the fact that the company has repeatedly demonstrated a toxic work culture, there is the small detail that it was established in 2011 and has yet to actually produce a product.

Its CEO Rony Abovitz has made a living of talking in grand, glowing terms about the amazing technology his company is on the cusp of putting out into the world. But literally every single time he has been asked for specifics – even on how his technology works – he has responded in vague pronouncements that you would expect from a 20-year-old stoner rather than the head of a multi-billion-dollar company.

There has never been a live demonstration of Magic Leap's technology, even though the company claims it is going to put a product on the market in the next three months.

Oh yeah, the vids that weren't

And don't forget this is the company that was forced to admit that the video that launched it into public awareness wasn't real but the result of it paying a Hollywood special effects company. It didn't do it just once either – it pulled the same stunt twice. And still the company gets mountains of largely unquestioning press coverage whenever it makes another highly questionable PR grab.

The company's credibility gap is so huge we decided to check whether the investments from The Public Investment Fund and Temasek Holdings were real or just another Abovitz invention.

Temasek has produced a press release for just about every investment it has undertaken but it is curiously shy about the $502m it has put in Magic Leap. The only mention we can find is when its president, Chia Song Hwee, noted it had invested in Magic Leap during a conference keynote last year.

In a speech consisting of 3,700 words, he gave Magic Leap just five – and two of them were "in" and "and". From the speech: "…recently we invested in NextEV – it's an electric vehicle company start-up in China, and MagicLeap in AR and VR."

So far there is not a single mention of Magic Leap on The Public Investment Fund's website or any of its related publications that we have gone through.

What is it again?

In theory, Magic Leap is going to produce an augmented-reality headset that will project photo-realistic images in front of your eyes that will look as though they are actually in the room.

There are pictures of the headset – called Magic Leap One – that shows it to be a lightweight pair of glasses attached to a circular disc attached to a wearer's waist, which presumably holds the computing power and data connection.

We note that the company's website now says only that its "Creator Portal" – its developer tools – will be available in "early 2018" and that the product itself will be "shipping in 2018."

Oracle's JEDI mind-meld doesn't work on Uncle Sam's auditors: These are not the govt droids you are looking for

And fly it at more than 16 times the legally permitted height, we're told