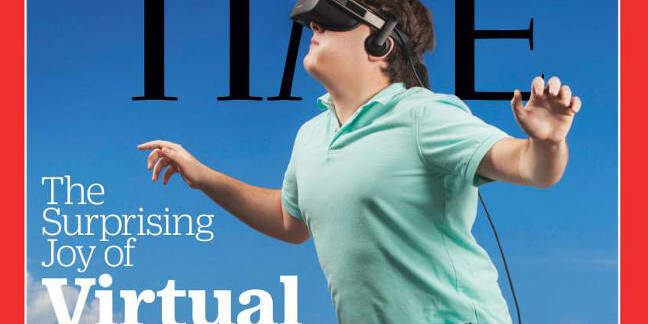 Oculus says it is working to fix a service outage for its Rift headset caused by an expired certificate.

The company on Wednesday said it was aware of the widely-reported bug that was causing users to be unable to launch Oculus Runtime Services, a vital component needed to boot up the gaming headset.

"We are aware of and [are] actively investigating an issue impacting [the] ability to access Rift software," the Facebook-owned Oculus is telling users and the press.

"Our teams apologize for any inconvenience this may be causing you and appreciate your patience while we work on a resolution."

Oculus subsequently confirmed the problem was caused by an expired certificate used by Runtime Services. The cert, used for OculusAppFramework.dll, expired as of March 7 and has not yet been updated.

"For security, we use a certificate to ensure that the software you receive actually comes from Oculus," Oculus says.

"That certificate has expired, and we're looking at a few different ways to resolve the issue."

Some users say they have been able to get the software to run by setting the clock on their systems back to March 7, though this is not recommended as it can cause a number of other problems.

The best advice, for now, is to sit tight until Oculus can get an update out to re-validate its software.

As of 1:00 PM Pacific time, the service remains down. No word from Oculus on when an update might be delivered.

Needless to say, customers are less than thrilled with this development.

"I expect this sort of mistake from some fly-by-night Chinese company that operated for a few weeks and no longer exists. Not Oculus," writes one angry user.

"You don't forget things that brick all your products."

Oculus was acquired by Facebook for $2bn in 2014. Last year, the social network paid out $500m to ZeniMax over allegations of copyright infringement. ®

We're all stuck indoors, virtual reality tech should be hot. So why is Magic Leap chopping half its workforce?

Analysis Upstart will make 'targeted changes to how we operate' ... like, oh, say, making something that actually lives up to the hype?