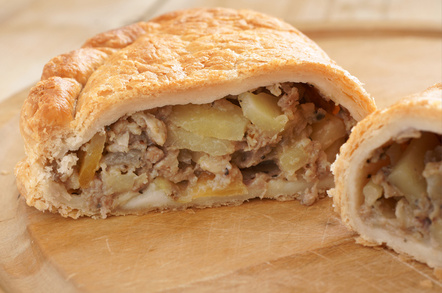 Cornwall has thrown its hat in the ring to become the prime location for Human Centred Space businesses by 2030.

The UK Space Agency is deciding where to splash £50m to build British spaceports.

Spaceports are intended to help Blighty access a global market for launching small satellites worth £10bn over 10 years, and offer low-gravity flights to advance scientific research.

The Cornwall and the Isles of Scilly Local Enterprise Partnership (CIoS LEP) expects the spaceport selection to be made by the end of March along with a decision for additional funding aimed at growing space-related research and businesses, such as that undertaken by the University of Exeter.

OK, so not technically Cornwall, but certainly in the vicinity.

It is claimed that a spaceport (likely located in the area around Newquay airport and Goonhilly) could be ready with integration and clean-room facilities to support horizontal launches as soon as 2020.

Orbital Access confirmed plans last year to use the spaceport as a base for its air-launched payload system, capable of firing satellites into orbit from aircraft off the Cornish coast.

The CIoS LEP hopes that a spaceport located in Cornwall would, over the course of the plan, create 1,000 highly skilled jobs connected with space-related manufacturing and engineering. A further 9,000 positions would also be created in industries supporting the space sector or making use of the technology.

The UK government hopes to capture 10 per cent of the global space market by 2030.

Some £8.4m is to be spent upgrading the Goonhilly installation over the next two years in order to handle deep space communications.

This is expected to make Goonhilly the first commercial deep space tracking facility capable of being used by the European Space Agency, NASA or future private industry players to track probes. The ESA plans to use the Mars Express orbiter to carry out qualification of the new capabilities once work is completed.

From 1962, Goonhilly played an important role in satellite communications, including relaying broadcasts from the Moon landings to millions of viewers and being the route for UK international calls via satellites.

CIoS LEP hopes the the Goonhilly project is taken as a sign of confidence in the region, which has also had considerable investment from the European Union in the form of projects such as high-speed internet connectivity.

Future infrastructure investment hangs somewhat in the balance following the UK vote to leave the European Union. Some 56.5 per cent of the 77 per cent of Cornish voters that turned out to vote opted to leave.

The funding gap that will open up when the EU cash tap gets turned off will need filling with something more than delicious, meat-filled pasties. Even one that has been to space. ®

UK spaceport, phase two: Now where do we PUT the bleeding thing?

Musk gets another round of corporate welfare