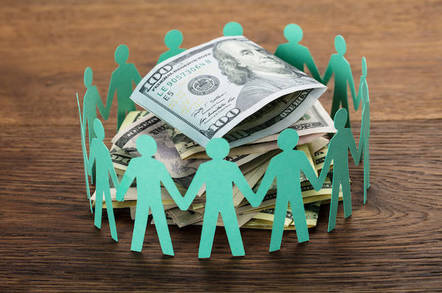 XCP-ng, the effort to revive an open source version of XenServer, will go ahead after crushing its crowdfunding campaign.

The project's Kickstarter sought €6,000 but ended up with €38,531 from crowdfunding contributors. Project founder Olivier Lambert wrote to backers with news that their donations, plus more money from as-yet-un-named sponsors, brought the total fundraising effort to "around 50k€+".

The folk behind the project said that's enough to help them create a first release by March 31st, then figure out "how to update XCP-ng (should be straightforward) but also how to upgrade it." Also on the team's to-do list is making it possible to upgrade a XenServer machine to XCP-ng.

"Finally, a clean workflow of building XCP-ng will lead to new possibilities, like adding extra stuff in it, without breaking anything."

Interestingly, XCP-ng will be based on XenServer 7.4, which Citrix announced on March 3rd, 2018. The new release added live migration of vGPU-enabled virtual machines and saw Citrix beat VMware to market with such technology.

Move vSphere VMs to XenServer? Citrix thinks someone wants it

Starting with XenServer 7.4 will therefore mean XCP-ng has all the latest toys to play with. And The Register understands that some big users from the hosting industry have their eye on the project, as they ponder alternatives to Citrix.

Not that Citrix will care. It backed out of the server virtualization market ages ago and these days advances XenServer as the best environment in which to run its other products but has also endorsed the idea of managing XenServer with VMware's rival vCenter, a nod to the reality that Citrix virtualization is now often a silo. ®