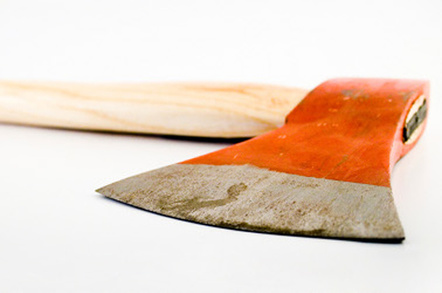 HPE has confirmed plans to outsource its field support business to Unisys.

The company on Tuesday told The Register that HPE will hand over services - including installations and maintenance - to Unisys, in response to reports of the shift in strategy.

"HPE has entered into a strategic relationship with Unisys to provide onsite technical break-fix, installations and preventative maintenance support services in the Americas," the company said in its canned statement.

"This new relationship will ensure that we continue to deliver a world-class support service to our customers."

While HPE declined to say how many positions will be lost, reports are that at least 300 technicians will affected by the move. Unisys would not say whether it plans to hire HPE staff as part of the deal.

The handover is expected to take place later this year, wrapping up in October.

Layoffs have become an unfortunate part of HPE's turnaround effort in the wake of its split from Hewlett Packard Inc. The enterprise giant has been cutting thousands of workers from its ranks as it looks to slim down its entire management structure under the "HPE Next" campaign kicked off by then-CEO Meg Whitman.

In addition to the reshuffling and job cuts, HPE has looked to rid itself of the less-promising parts of its business as part of the turnaround effort. Last fall, the company wrapped up the $8.8bn spin-off of its software business as part of a deal with Micro Focus.

Last month, Whitman's successor Antonio Neri vowed to continue the HPE Next effort after crediting the campaign with helping to power an 11 per cent jump in revenues. ®

The K8s on-ramp you didn't realise you need, or so Virtzilla hopes