YouTube wanted 'only' women and other underrepresented groups in coding roles 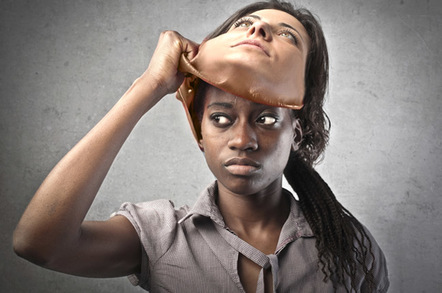 A former recruiter for Google and YouTube has sued the search ad beast, claiming he was fired for objecting to hiring policies that discriminated against white and Asian men.

In a civil lawsuit filed in January in San Mateo Superior Court, plaintiff Arne Wilberg contended that he was an exemplary employee who received positive performance evaluations "until he began opposing illegal hiring and recruiting practices at Google."

The lawsuit follows in the wake of a similar claim in January by former Google engineer James Damore, fired for penning a flawed memo against diversity.

Silicon Valley-based tech companies, chided for hiring mostly white and Asian men in technical and leadership roles, have tried to figure out ways to develop more inclusive, diverse workforces. Many have adopted policies and programs designed to encourage more balanced hiring, not only to right past discrimination but for their own economic advantage: According to management consultancy McKinsey, diverse companies deliver better financial results.

The problem is that mandatory quotas based on gender or ethnicity may violate US anti-discrimination laws, depending on how they're implemented.

Google, Wilberg's complaint claimed, "has had and implemented clear and irrefutable policies, memorialized in writing and consistently implemented in practice, of systematically discriminating in favor job applicants who are Hispanic, African American, or female, and against Caucasian and Asian men."

The complaint cited Google policy documents from 2017 that demand diversity in hiring goals.

It claimed the manager of YouTube’s tech staffing management team, Allison Alogna, sent an email in March 2017 indicating that new level-three software engineering candidates – specifically, geeks with five years of experience or less – must be from "historically underrepresented groups."

When presented with orders to cancel level-three software engineering interviews with anyone not either female, black, or Hispanic, and to purge applications from non-diverse employees in the hiring pipeline, Wilberg refused and faced retaliation as a result, it is claimed.

Wilberg, according to the lawsuit, "repeatedly told [his managers] that it was illegal to have such hiring quotas favoring certain groups based on race and gender, that it violated state and federal law, and that Google must immediately cease and desist from engaging, in such illegal hiring practices."

The complaint contends that in response to Wilberg's efforts to challenge the diversity scheme, Google "on occasion would circulate emails instructing its employees purge any and all references to the race/ gender quotas from its e-mail database in a transparent effort to wipe out any paper trail of Google’s illegal practices."

In an email to The Register, a Google spokesperson said the company intends to vigorously defend against these claims. "We have a clear policy to hire candidates based on their merit, not their identity," Google's spokesperson said. "At the same time, we unapologetically try to find a diverse pool of qualified candidates for open roles, as this helps us hire the best people, improve our culture, and build better products." ®