Boring. The phone business has lost the plot and Google is making it worse

Duller than a Dull Thing 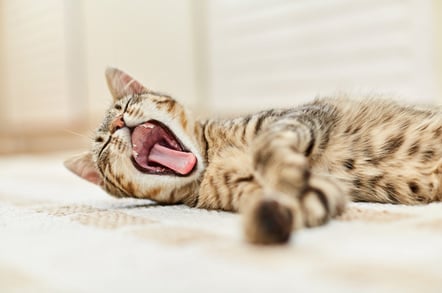 Comment No, dear reader. You didn't forget to set the alarm, and you haven't just slept through Mobile World Congress. If 2018 feels different, it may be because the phone industry's biggest annual get-together failed to produce any interesting new phones.

It's a trend that's been apparent for some time. Apple and Google, the two most influential players in mobile over the past decade, either take a low profile at MWC, or shun it altogether. Each has a giant developer and partner ecosystem of its own, and when it comes to promoting their own handset, they can choose to do so in their own sweet time, which is typically towards the end of the year.

Samsung offered only incremental improvements – largely around imaging – over last year's model. And as it promised last year, Sony introduced a fresh design language after years of its blocky "OmniBalance" design. It's a solid flagship and compact combo but both are deadly dull. With a glossy back (Sony finally does Qi charging), the new Xperias look like everyone else's phone. They especially look like HTC's.

But at least Sony showed up. Look who was MIA this year: LG, HTC and Huawei are all keeping their powder dry – with Huawei launching next month. LG's huge events have become a regular Sunday fixture, while punch-drunk HTC is almost out of the game. Samsung and Sony were left to duke it out.

This is because the mobile phone industry has fulfilled everything it once promised to do. In the West and mature markets, we've all got one, so they don't try very hard for our money. We're buying cheaper and holding onto them longer. The story of MWC is that the only interesting part of the handset industry is where manufacturers compete for people who haven't got one – in emerging markets and at the low end.

The other story is that this conformity, with Google's encouragement, is spreading. The world of phones is dull and set to get duller, if Nokia's decision to adopt Google's Android One catches on.

After drip-feeding us models last year, the new Nokia launched four new Androids: Nokia 8 Sirocco (another revived brand), 7 Plus, a new 6 and a 1. Nokia is concentrating its resources on the hardware and outsourcing the software design to Google: three of the models are part of the Android One programme, the other deploys Google's "lite" version of Android, which rejoices in the cumbersome name "Android 8.0 Oreo (Go Edition)". We'll just call it Go.

We reviewed the 8 here and it reflected the state of the art from Shenzhen: respectable design, high-quality Chinese manufacturing and stock Android. The name "Nokia" here means "not some weird Chinese vendor". At MWC it flung on three Android One models priced at €749, €399, €279 and the Go Edition cheapie at $85. The Go Edition was by far the most newsworthy.

Go Edition is built for phones with 512MB or 1GB of RAM - the firmware image is much smaller than regular Android and apps like Google Maps and YouTube are optimised (i.e. shrunk) for Go. But it's a 4G phone. To get decent performance and 4G at that price is remarkable.

We've already mentioned the "smart feature phone" phenomenon – with KaiOS, a revived FireFox OS, packed into the revived Nokia 8110 (a plastic Matrix phone). The name will be unfamiliar to most people, but KaiOS is already in 30 million devices, thanks to the Jio Jio Phone from Reliance in India, and AT&T.

(30 million for a platform you've never heard of. That's twice the run rate of the global PDA market at its peak. And we thought PDAs were a very big thing at the time.)

But Nokia's decision to effectively outsource the user experience to Google is pretty significant. First HTC, now Nokia, are happy selling a stock Android phone with almost no distinguishing OEM characteristics. Clearly, the new Nokia finds no value in making a "Nokia-flavoured" Android experience. The One programme was revealed in 2014 and was originally intended to bring order to the market where Go Edition is pitched today. But such is the eagerness of manufacturers to bail out, it's now in a €749 phone.

If this catches on, most phones in the world will look and work exactly as the Chocolate Factory intended, exercising the same power that Bill Gates held over the PC builders. What chances, then, of anything interesting happening ever again? ®