Vaping on the NHS? Don't hold your breath 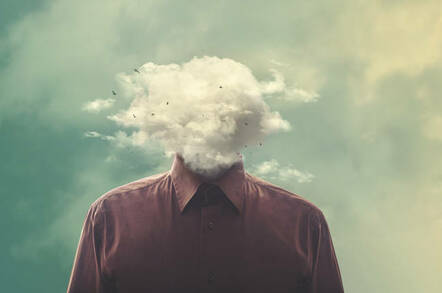 Experts told Parliament that a post-Brexit Britain should think about axing the most draconian EU-wide e-cigarette regulations to encourage people to quit smoking tobacco.

The Science and Technology Select Committee heard oral evidence yesterday that the Tobacco Products Directive (TPD2) ban on promoting e-cigs, and its restrictions on liquid strength and product capacity, all put the public at risk. Weak e-liquids meant fewer switchers were likely to stick with e-cigs, and led to vapers consuming more liquid – neither of which was desirable.

The background to the inquiry was twofold: the looming opportunity to remove the daftest elements of TPD2 – and the arrival of "Heat-not-burn" (HNB) products. Current e-cigarette products vaporise a liquid containing nicotine. HNB products (as the description suggests) allow tobacco (or other "materials" of your choice) to be heated and inhaled with far fewer toxic chemicals than a conventional cigarette.

Leading nicotine researcher Dr Lynne Dawkins of the Centre for Addictive Behaviours Research had done tests showing that vapers compensated for lower-concentration liquids by using more. 70 per cent of vapers just cranked up the power.

UK.gov not quite done with e-cigs, announces launch of new inquiry

Dawkins said of the TPD2 restrictions: "There is no rationale for that cap – it seems arbitrary to me. There's no evidence for increased harms of nicotine for levels above 20mg/ml. In light of research by our group, if you reduce the strength you compensate – that's costly financially, and comes with a health cost."

Many people don't want high-power, high-vapour products that hardcore vapers love, she told MPs, they want something discreet, the size of a fountain pen. But it's inconvenient when you need to keep topping these up with liquids all the time.

Another example MPs heard of TPD2 causing harm was the ban on promoting e-cigarettes. This was cited by tobacco company rep Dr Moira Gilchrist, vice president, scientific and public communications at Philip Morris. The company wasn't allowed to slip a paper insert into a cigarette packet promoting an alternative to smoking.

HNBs are the next public health battleground for prohibitionists and industry. Traditional cigarettes heat tobacco at around 600°C to 900°C while HNBs heat the tobacco to 30-350°C, which manufacturers claim is much safer than smoking.

The MPs heard from Philip Morris and British American Tobacco, which have invested heavily in HNB products. Not surprisingly, they wanted to see them regulated lightly, and promoted as smoking alternatives.

"Tobacco is a carcinogen whether or not you burn it," Professor David Harrison said. Harrison is professor of pathology at St Andrews University and chair of the government's advisory Committee on Carcinogenicity of Chemicals in Food, Consumer Products and the Environment. "Heat-not-burn products show a 90-95 per cent fall in cancer-causing chemicals. Some disappeared, some fell by half." He complained about a "dearth" of decent research, though.

But the great vape revolution seems to be stalling. The number of "switchers" from cigs to alternatives had fallen from 800,000 to 100,000 per year. Smoking has been declining for years – now vaping is slowing down, too.

This has alarming consequences since fewer smokers will give up, as Nick Hopkinson explained on the BMJ's blog here.

"Smokers who switch completely to vaping will dramatically reduce their risk of health harms," he writes. It's "95 per cent safer" (1-page PDF, full report here) yet people are going back to smoking because of unfounded health concerns about vaping. Better the Devil you know.

"Misperceptions of the relative harms of nicotine replacement therapy and e-cigarettes compared with cigarettes need to be addressed, particularly among smokers who would benefit from switching to nicotine replacement therapy or e-cigarettes," Public Health England reported recently. The report was compiled by veteran smoking researcher Dr Peter Hajek, head of the Tobacco Dependence Research Unit (TDRU) at Queen Mary, University of London

That's not the only reason. TPD2 is to blame, too, we're told.

"It certainly appears that the number of people switching is plateauing," Sarah Jakes, chair of the Board of Trustees of the New Nicotine Alliance (UK) confirmed. "Many smokers are dissuaded from trying to switch to vaping by arbitrary restrictions in TPD2 and irresponsible and inaccurate reporting of health risks. Many of them will continue to smoke as a result."

Doctor, doctor, give me the vapes

But if vaping is so beneficial for public health, why isn't the health service handing out the products?

Manufacturers told MPs that the regulatory process for approval couldn't keep up with the pace of innovation in the industry. By the time a product had been approved for use in medicine, it was obsolete.

British American Tobacco had tried but given up.

"We've applied for a licence for our Voke and Invoke products some time ago and we got to a place where we decided to focus on our own brands, and try and bring Heat Not Burn products to market. We're not currently doing that," said Dr Gilchrist.

"Products are innovating so fast, it freezes the product at the start of its development. Your product's out of date by the time you reach the end of the process," said Dr Ian Jones, vice president, Reduced-Risk Products, Japan Tobacco International.

And in any case, "smokers don't see themselves as patients," Gilchrist added.

So it's a familiar story for any innovative technology. The incumbents benefit from regulation that keeps out challengers. ®

Dawkins found that "formaldehyde, acetaldehyde and acetone levels were significantly higher in aerosols from the 6mg/mL compared with 24mg/mL puffing regimen. We have observed similar effects based on our real-world puffing patterns from the 20 vapers in the CRUK-funded study (manuscript in preparation)" – from her written evidence, here.