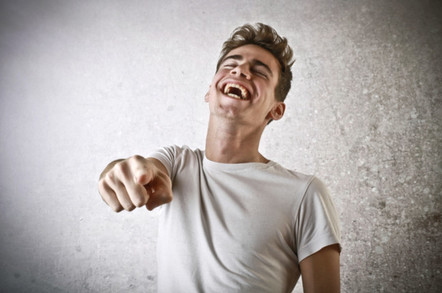 The NHS has said it will continue sharing data with the Home Office for immigration enforcement, despite MPs calling for the government to put an immediate stop to the transfer.

The data-sharing deal, which was put on official footing in January last year and renewed in December, allows the NHS to hand over non-clinical information – such as date of birth or last known address – for suspected immigration offences.

The plan has drawn widespread criticism from patient groups, medics and MPs.

They argue it might stop migrants seeking medical help, drive them into already-stretched A&E departments and damage the public's trust in doctor-patient confidentiality.

At the end of last month, the House of Commons Health Committee wrote to NHS Digital to ask it to put an immediate stop to the agreement, with chair Sarah Wollaston citing concerns that there had been "inadequate consultation".

The response, however, is a resounding – and rather terse – "no", from both NHS Digital boss Sarah Wilkinson and the two other government bodies involved in the deal.

The Home Office and Department of Health wrote a separate joint letter to Wollaston, saying that the deal would continue, while rebuking for failing to include them in her initial correspondence.

Both letters state that the parties take confidentiality seriously and acknowledge the importance of public trust in the health service - while repeatedly leaning on the argument that the information released is non-clinical.

They also suggest that part of the committee's problem with the deal is because it has misunderstood its basis; data is only shared to trace "known immigration offenders" that have ceased contact with the Home Office, they note, not to track down undocumented migrants.

The parties also emphasise that there is as yet no proven direct link between the deal and any adverse effects on health-seeking behaviour; evidence presented to the committee last month is anecdotal.

The parties point to a review (PDF) that the government commissioned from Public Health England (something it did only after the furore around the agreement). That is due January 2019.

Wilkinson added that she had invited Fiona Caldicott, the national data guardian, to carry out an independent review of NHS Digital's public interest assessment.

In the meantime, the data-sharing will go on.

"We will continue to share this very limited set of data with the Home Office," said Wilkinson. "We do not believe it is in the public interest for us to frustrate the Home Office's function of immigration enforcement by suspending this activity."

She also used the opportunity to take a shot at the committee's activities, writing: "We recognise that this is an issue of significant public concern, although we believe that is, to a significant extent, due to misunderstandings about the scope of the data sharing activities, and the lack of a balanced debate on this in which commentators consider, as we are required to, the arguments for as well as the arguments against the provision of this support."

For its part, the committee said that in light of the letters, it would have to hold a further evidence session, the details of which are yet to be announced. ®