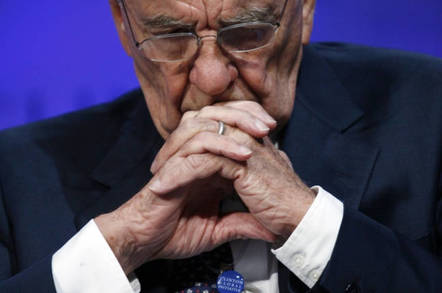 US cable giant Comcast has put a rival offer of £22bn for Sky, in an attempt to snatch the company from the grasp of media tycoon Rupert Murdoch.

That offer is several billion above the £18.5bn deal put forward by Murdoch's 21st Century Fox to buy the remaining 61 per cent of Sky, the UK and European broadcaster.

Comcast chief exec Brian Roberts said: "We think that Sky would be very valuable to us as we look to expand our presence internationally." He added: "We would like to own the whole of Sky and will be looking to acquire over 50 per cent of the Sky shares."

He said: "The UK is and will remain a great place to do business. We already have a strong presence in London and Comcast intends to use Sky as a platform for our growth in Europe."

Sky shares surged 18 per cent following the announcement of the rival bid this morning.

The company recently splurged £3.57bn to secure the lion’s share of the rights to screen top level English football from the Premier League this month.

However, the UK competition regulator is less keen on Rupe getting his hands on the remaining 61 per cent stake.

Last month the Competition and Markets Authority provisionally ruled against 21st Century Fox's bid to take control of the remaining 61 per cent of Sky due to media plurality concerns.

Anne Lambert, chair of the independent investigation group, said: "Media plurality goes to the heart of our democratic process. It is very important that no group or individual should have too much control of our news media or too much power to affect the political agenda.

"We have provisionally found that if the Fox/Sky merger went ahead as proposed, it would be against the public interest. It would result in the Murdoch family having too much control over news providers in the UK, and too much influence over public opinion and the political agenda."

The CMA is consulting on its provisional findings before making its final report to the government by a deadline of 1 May.

In a stock market announcement, Sky said it "notes today's announcement from Comcast", adding: "Since no firm offer has been made at this point, shareholders are advised to take no action. A further announcement will be made as and when appropriate." ®