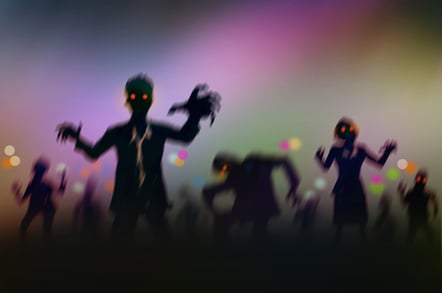 MWC18 Dead phone platforms are coming back to life at MWC in 2018 – like a zombie feature phone apocalypse.

Firefox OS was the talk of Mobile World Congress five years ago as the wealthy Californian nonprofit announced an ambitious licensing initiative... and a $25 handset. I will admit I was scathing. "It's the sort of phone left behind after a mugging," I thought. But now that a derivative of Firefox OS is being used in HMD's revived "Matrix Phone" – via KaiOS – perhaps the original vision had some merit all along?

KaiOS is one of three operations using the Firefox OS Mozilla abandoned in 2015. So far only one model has been touted to mature markets: a flip phone for AT&T made by Alcatel. But the 8110 4G takes it into the big leagues. Nokia's global brand and its talent for attracting enormous attention to retro designs should see this model sell millions.

The idea began as "Boot to Gecko" – a minimal OS that would use a Linux kernel and open web standards to allow feature phones do more. Nokia's popular range couldn't multitask and couldn't do 4G. By contrast, Firefox OS would support modern functionality in a cheaper-than-Android device. It was aimed firmly at operators, although Mozilla also hoped it would show up in tablets.

Mozilla wasn't the only organisation to think that the world needed a better feature phone platform, just as customers were throwing theirs in the bin.

At around that time, 2011, Nokia invested heavily in "Meltemi", which was first revealed to the world here. Nokia's idea was the same – only Nokia called the target devices "rich feature phones". But Meltemi didn't survive Nokia's post-Windows switch cash crisis. By 2012, Android was turning up in $30 handsets in China – albeit with no 3G or camera – and it was assumed that falling costs would make any non-Android feature phone a non-starter. Meltemi was snuffed out.

By any standards of a modern smartphone OS, KaiOS's platform is highly restricted. But that suits some people just fine. What the Nokia 8110 can do is still impressive. It can run over two weeks on a single charge. It can do Outlook push email and Gmail, and Google Maps. And Facebook and Twitter. And VoLTE calls and run – presumably for ages – as a mobile hotspot. That's as much modern phone as a lot of people need.

One is sheer blooming volume. Amazingly feature phones continue to outsell smartphones in Asia. Strategy Analytics estimated almost 400 million were sold in 2017 worldwide. Nokia moved over 13 million feature phones in its most recent quarter, and given its historical leadership, you would think this was worth a further punt. 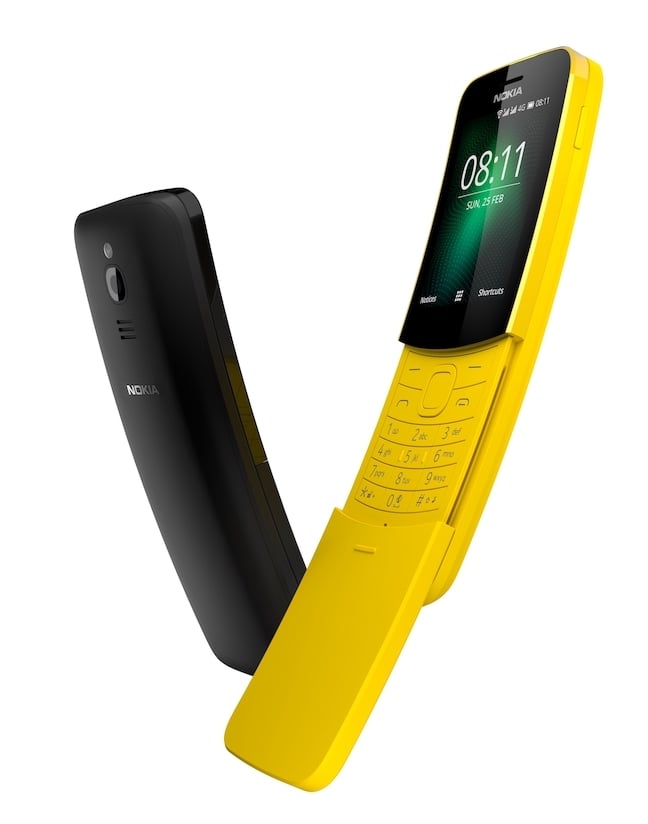 While Android has improved immensely in the £100 to £150 range, it still struggles to be an attractive experience on really low-cost feature phone specs. It never performed well in 512MB, which is deemed plenty sufficient to run the 8110 4G.

KaiOS is quietly going to be one of the important stories at #MWC18. This allows feature phones like new Nokia 8110 (and Alcatel Go Flip) to get smarter. Supporting 4G (VoLTE), Wi-Fi calling & more important for carriers #SmartFeaturePhone pic.twitter.com/1S9fjxUsID

Another reason may be the complexity and notification overload of the modern Android experience – an attention-hacking wheeze as sophisticated as Facebook. It isn't unusual to find features touting low-functionality devices as a respite.

At MWC this week Finnish tech firm Jolla said that its Sailfish OS would now target the same market of "4G feature phones" with its slick all-touch OS, the one that was once made by Nokia, and that used to be called Meego.

With abandoned platforms for dead markets now springing up from the dead, perhaps Mozilla jumped ship just a bit too soon.

And TCL? The Chinese giant saw the opportunity and began investing in KaiOS to maintain development. ®