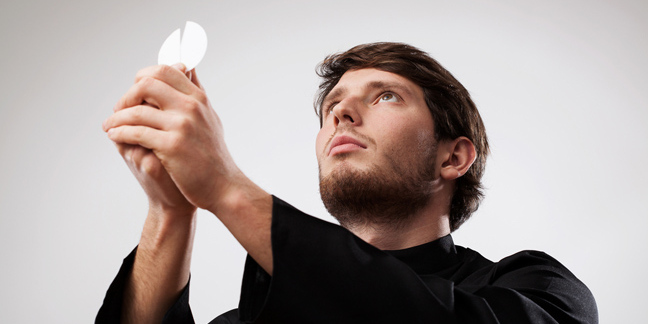 The Vatican cannot be accused of lack of interest in the continued professional development of its staff. Just look at the dedicated exorcism training course it set out this week for clergy interested in advancing their skills.

Apparently it was set up to cope with demand after the number of requests for such services tripled in Italy over the space of a few years.

Sicilian priest and trained exorcist Benigno Palilla told Vatican Radio: "We touch on the most burning issues: from the sects linked to Satanism to the [telling] their story of liberation [from] their possession."

But he warned novices should leave training in the art of exorcism to the professionals - and not attempt the expulsion of evil spirits without appropriate supervision.

"A self-taught exorcist certainly [makes] errors. I will say more: it would also take a period of apprenticeship, as happens for many professionals. An apprenticeship before starting the ministry."

He said "as for lawyers and professionals", trainee exorcists should work closely with priests in the field before taking on casework themselves.

"We priests, very often, do not know how to deal with the concrete cases presented to us: in the preparation for the priesthood, we do not talk about these things," he added.

Palilla blamed the rise in demand for exorcism on the growing number of people seeking the services of fortune tellers and Tarot readers. Such practices "open the door to the devil and to possession".

He said there were about 500,000 cases requiring exorcism in Italy each year.

Back in March, the pope endorsed priests' duty to act on suspected diabolic activity in their parish – referring to "spiritual disorders" caused by "supernatural forces".

Last year, The Economist noted that "Demand for exorcists was soaring", particularly in France, where traditional provider the Catholic Church had left a gap in the market.

But it looks like its legacy business is back in vogue and it's hurriedly up-skilling employees to cope with exponential market demand. #BusinessGoals, as the kids say... ®

Move over One-Click shopping, Click to Pray is here