We all hate Word docs and PDFs, but have they ever led you to being hit with 32 indictments?

Stand up would you, please, Mr Paul Manafort 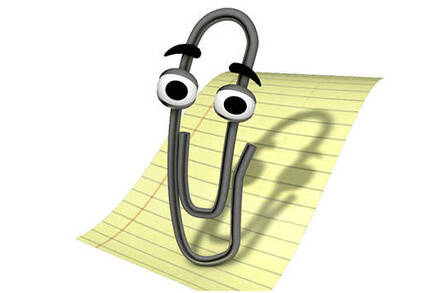 They are potentially the two most popular file formats in the world – Microsoft Word's .DOC and Adobe's .PDF. And it's fair to say they have caused millions of people billions of hours of frustration.

But spare a thought for lobbyist and Trump campaign adviser Paul Manafort, of Virginia, for whom translating from one format to another has led directly to the imposition of no less than 32 US federal indictments for fraud and conspiracy. He denies any wrongdoing.

We have all experienced the situation where you save a Word document as a PDF, only to later find you need to get that information back in an editable form and can't find your original file.

So what do you do? First, you pray you saved the PDF in a way that enables you to copy-paste that text back into a new Word doc. It is a royal pain in the ass if you didn't – you need to get hold of a piece of software that can scan the document and pulls out the words. That rarely works perfectly so it needs tidying up.

But even if you did save your PDF in a way that allows for a copy-paste, it never pulls across the text with the right formatting, and then you have to spent time getting it back, before making changes and then saving again as a PDF. And sometimes it's harder to even remember which menu option lets you save that Word doc in a different format anyway.

It is, frankly, a giant waste of everyone's time. Which is why, if you have someone who works for you, you give it to them to waste their time rather than yours. So it was with Manafort, and his perfectly understandable though allegedly wildly illegal effort to get a loan.

We can all identify with Manafort: one day you are advising the puppet president of an eastern European nation and getting paid millions of dollars to do so, and the next, there's a revolution and you lose your best client because he's recalled to Moscow to avoid being put on trial for the alleged mass killing of civilians. So far, so normal.

But then you hit another snag: as a shrewd investor, you've put a big chunk of your money into real estate and offshore bank accounts. But it's not very liquid. Have you ever tried to pull money out of a Cypriot bank account at short order? Friends, it is no easy task.

And, of course, selling houses takes time – especially in today's Florida, Virginia and Long Island real estate markets. It is relatively easy to sell mid-market homes but when you are talking luxury mansions, there aren't too many buyers. It takes months or years.

Plus there is the small issue of, allegedly, having forgotten to tell Uncle Sam about some of that money. A mere oversight that can be fixed later, if the prosecutors are proved correct, but in the meantime there's that $300,000 you racked up on your American Express card thanks to buying a couple of nice suits and the odd antique rug.

What to do? The answer's obvious: get a loan.

But banks these days require all sorts of proof of assets and income before they lend you money (thanks, Obama!)

Right when you need it most, you find yourself in a cash flow shortage. But the money's coming soon enough anyway, so why not just tweak your income levels, make your bank manager happy, and fix it all later?

So it was with Manafort, according to one Robert Mueller, the justice department special counsel and former head of the FBI. Mueller has been spending some time looking at Manafort's finances, and those of his business partner Rick Gates, as part of his day job digging into Russian interference in the US presidential election.

Doctor in the house

Mueller claims to have proof that Manafort tweaked the profit and loss statement for his DMP International company (DMI) to get a few loans that added up to $20m. Although the g-man, rather uncharitably, refers to it as "doctoring."

"In approximately March 2016, Manafort and Gates submitted a doctored 2015 DMI P&L that overstated DMI’s 2015 income by more than $4 million," Mueller explained in a lengthy court filing [PDF] that emerged earlier today. How the hell does he know? Well, that's where the old Word/PDF problem comes in.

"Gates asked DMI’s bookkeeper to send him a 'Word Document version of the 2015 P&L for [DMI]' because Manafort wanted Gates 'to add the accrual revenue which we have not received in order to send to [Lender C]'," the document stated. Which all seems fine.

Except, a snag: "The bookkeeper said she could send a .pdf version of the P&L. Gates then asked the bookkeeper to increase the DMI revenue, falsely claiming that: 'We have $2.4m in accrued revenue that Paul wants added to the 2015 income. Can you make adjustments on your end and then just send me a new scanned version?"

But the bookkeeper was a stickler for the rules and said they couldn't really add income to a statement before it was received.

So Gates did what anyone would do, and did the editing himself, Mueller alleges, changing $400,000 in net income in a much healthier $4.45m, and sent it to the bank as evidence for a loan.

The same was then done for the 2016 profit & loss, it is claimed, with the tweaking captured in a document trail thanks to the exchange of Word docs and PDFs via email. From Mueller's submission:

Manafort altered that Word document by adding more than $3.5 million in income. He then sent this falsified P&L to Gates and asked that the Word document be converted back to a .pdf, which Gates did and returned to Manafort. Manafort then sent the falsified 2016 DMI P&L .pdf to Lender D.

In short, Mueller claimed that the two of them "fraudulently secured more than twenty million dollars in loans by falsely inflating Manafort's and his company's income and by failing to disclose existing debt in order to qualify for the loans."

But it was the Word docs and PDFs that really did it for them.

Of course, Mueller could have got it all wrong – let's be honest, it's so easy to mess things up when moving from one format to another.

Even though Rick Gates pleaded guilty this week to one count of conspiracy against the United States, and one count of making a false statement, he hasn’t accepted Mueller's version of the PDF/Word saga as yet.

And Paul Manafort is as annoyed as any of us would be if our file-format efforts were the subject of a roving criminal investigation.

"Notwithstanding that Rick Gates pled today, I continue to maintain my innocence," he said in a statement Friday. "I had hoped and expected my business colleague would have had the strength to continue the battle to prove our innocence. For reasons yet to surface he chose to do otherwise. This does not alter my commitment to defend myself against the untrue piled up charges contained in the indictment against me."

We have some sympathy for Manafort here. Those PDFs are a bitch. ®

Russian pro-propaganda accounts boosted, but posts remain in place so users can delete them or not