As HPE trousers soaring profit, new CEO looks at cost-cutting Next plan and thinks: More of that!

Neri vows to double down on reorg campaign 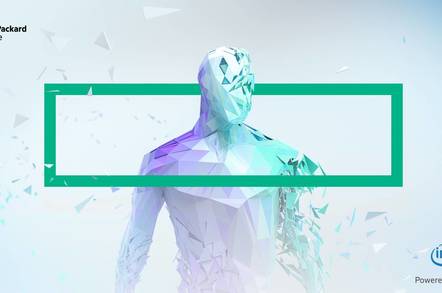 The business end of the HP breakup credited a strong start to the year, a tax windfall, and its ongoing efforts to slash costs and jobs, for a nearly five-fold boost in profits over the year-ago quarter.

HPE chief executive Antonio Neri – who just took over from Meg Whitman – said the recent US tax system overhaul, and ongoing HPE Next shakeup gave his biz a shot in the arm. Now, Neri said, he is so encouraged by the Q1 returns that he's going to drive the cost-cutting Next campaign even harder.

"We had good growth, a very balanced performance across the three segments," he told Wall St analysts on a conference call on Thursday.

"This is an opportunity to establish a new culture and architect the company from the ground up. What I learned is you can do more, push more ... We would not be here if it was not for Meg’s leadership in the last six-and-a-half years. She put us on a great path. My opportunity here is to accelerate our strategy."

Neri did, however, also try to temper expectations, noting that the promising results from the past two quarters likely won't be repeated in the latter half of this financial year. Still, investors were thrilled with the returns as HPE shares rose 12 per cent in after hours trading to $18.39 apiece. ®