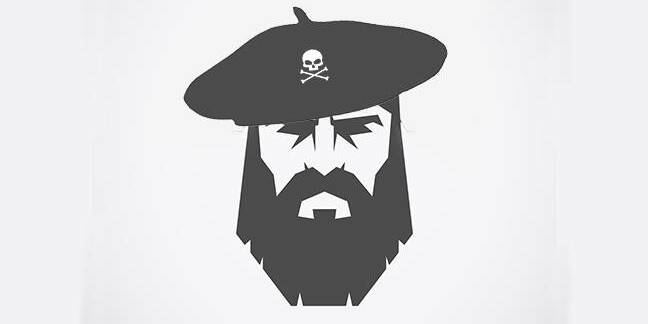 A 41-year-old Frenchman is on the run after a court in his home country sentenced him to two years behind bars, and fined him €83.6m (£73m, $103m), for running a pirate movie website.

The modern-day Pierre le Grand was found guilty this week by a Parisian judge of being in charge of streaming site Streamiz, which at one point was the second-most popular website in France.

The site boasted 250,000 daily visitors, and offered over 40,000 films for free, without the copyright holders' permission, including some that had left cinemas but had yet to be sold as DVDs. It also hosted music. Needless to say, his actions caught the attention of the film industry, and back in 2009 it tracked him to the district of Montrouge, south of Paris.

Two years later, he was arrested, and was discovered to have €30,000 in cash concealed within socks inside his backpack. The case went to court, and a judge ordered him to appear – but the plucky pirate made a run for it, and hasn't been seen since.

Fast forward more than six years, and the court has decided his case in absentia, this week finding him guilty of counterfeiting and laying down the massive fine in damages.

The court heard that the bit buccaneer had earned €150,000 in advertising between 2009 and 2011 from the site and investigators claimed to have discovered offshore accounts.

But realistically, with no sign of the guilty party or his money in years, no one expects the court decision to be imposed, although the arrest warrant will remain in place. Instead, the massive fine and jail sentence is intended to act as a precedent and warning flag for future would-be pirates.

His sentence "sends a very clear message: there will be no impunity for pirates," the head of France's royalty collection organization Sacem told AFP.