The Great Bulgarian Streaming Scam may well have been scummy, but Spotify got paid 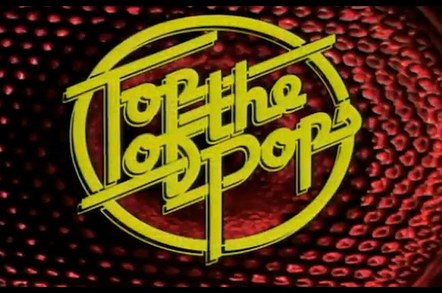 An unknown Bulgarian has become the talk of the music industry after a sophisticated and apparently successful attempt to game Spotify.

Thanks to a fascinating exposé by Tim Ingham at Music Business Worldwide we learn that the perpetrator may actually have been playing by the rules, bringing to light a little-noticed characteristic of the streaming model.

The scammer, who has not been identified, uploaded more than 400 sub-one-minute tracks to Spotify and arranged them into a playlist, Ingham reports. Many were a little over 30 seconds, the minimum length of listening time that Spotify requires to pay out a royalty payment. These were then streamed continuously to some 1,200 paid Premium accounts.

The operation required considerable investment, of around £12,000 a month. But it reaped a reward. The "Soulful Music" playlist rose to No.11 on Spotify's US playlist chart. Ingham estimates that it could have generated around 72 million plays, which at a per-track estimate of $0.004p per play (no wonder musicians are starving) may have earned the perpetrator $288,000 a month. Or if the bots were more ruthless, playing only the required 30 seconds of each "track", some $415,000 per month. That's a decent return on 12 grand.

MBW believes the scam ran for at least four months before Spotify deleted most of their contents last October. The playlists can still be found.

The losers are legitimate artists. Spotify distributes a pool of royalties according to popularity so legitimate artists who were enjoying genuine (rather than synthetic) plays therefore received a lower share of the revenue pool than they would have otherwise.

Ingham notes that the scheme was only noticed because it was so successful, drawing attention by charting.

"Are there others, like our Bulgarian friend, purchasing multiple premium Spotify accounts and rinsing playlists stuffed with cheap music to which they own the rights?" asks Ingham. "If so, how many of these Spotify scammers exist – and how much money are they generating? Are they operating at a lower commercial level than The Bulgarian and, therefore, not outing themselves by appearing on weekly top global playlist charts?"

There may be more. The Mysterious Bulgarian also compiled a similar playlist, "Music From The Heart", which reached No.22 on Spotify.

Spotify has paid $5bn to rights holders over a decade, and streaming accounts for half of UK music consumption, according to the BPI's annual fact sandwich. But Spotify's payouts to creators went down even as its revenue increased last year, according to this report. Spotify maintains overall payments increased. How much hard-earned cash are subterranean robo royalty schemes extracting?

Spotify wouldn't confirm or deny the scam, but said it works hard to detect artificial manipulation of its streams. ®

Or refuse to put them in promoted playlists

Hello, Spotify? Are you on? Perils and pratfalls of own-brand hardware

Spotify just can't wash those songwriters out of its hair

Out of the way, I've got an IPO

For something you never knew you wanted