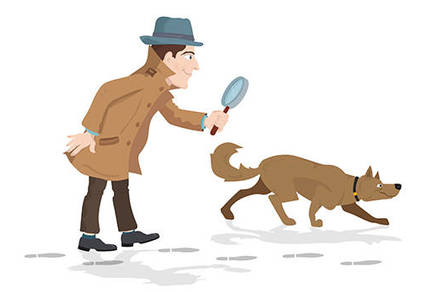 Police have revealed plans to take the lead on tracking down hounds that attack livestock - a dog DNA database.

The National Police Chiefs’ Council’s working group on livestock worrying has issued a report (PDF) saying that 1,928 animals were killed and 1,614 injured by dogs between 2013 and 2017 in five English areas.

The cost to farmers across North Yorkshire, Devon and Cornwall, Sussex, North Wales and Hertfordshire was £250,000, the report said. It added that this is without numbers for animals like llamas and emus, which aren’t classed as livestock but are still attacked by unscrupulous mutts.

The police group said that 11 per cent of the incidents involved repeat offenders - but it's clear that the cops don't have time to put a tail on all the suspects, so they argued the best way to identify which animals should be sent to the dog house would be a DNA database.

“The group have been exploring DNA use to assist investigations,” the report said.

“The group would welcome a power to obtain a dog’s DNA, if the dog was suspected of, or had committed, an attack. The group would also welcome the development of a database for these samples.”

The idea might sound barking, but - as readers who have boned up on mutt trivia will know - local government has already taken steps towards using doggie DNA to track down rogue poopers.

A number of councils have run schemes to register local dogs so they could be cross-referenced against turds left on the street (presumably in a Lab), in a bid to make people pick up after their pooches.

But the police have something of a reputation for amassing identifying information on suspects - with more than 21 million pictures in its custody image database - and have come under fire for retaining this even if the person isn’t subsequently charged.

So the crucial question for the feds to answer is how long they plan to keep the dogs’ DNA on record if the animal isn’t charged, and whether the data would be automatically deleted - or if Rover would have to beg for its removal. ®

FYI: You can trick image-recog AI into, say, mixing up cats and dogs – by abusing scaling code to poison training data