Europe's Unified Patent Court fate in the balance amid German probing (yes, Brexit is in the mix) 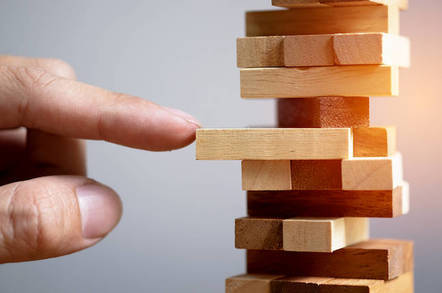 The German Constitutional Court has agreed to hear a case about the legitimacy of the European Unified Patent Court (UPC), raising doubts over the future of a single patent court for Europe.

Among the 36 cases that the Bundesverfassungsgericht has said it will decide on this year is a constitutional complaint - BvR 739/17 - against the UPC that argues it breaks German law.

The actual complaint remains unpublished but it has been possible to piece together the main arguments leveled against the UPC: that the vote to approve it in the German Parliament was not proper; that the UK's decision to leave the European Union (Brexit) breaks the agreement; and that recent reforms at the European Patent Office (EPO) have undermined its independence and hence the legitimacy of the UPC.

It wasn't clear if the court would hear the complaint, and based on filings from organizations asked to provide their expert view it remains highly possible that the case will still fail. But the decision to hear it will push the creation of the UPC far past its planned launch this year (which was delayed from last December) and possibly into 2019 or even 2020.

That may complicate matters even further as the UK is still on track to leave the European Union in March 2019. The UK, Germany and France all have to ratify the UPC for it to come into force. So far only France has done so; it's unclear whether the UK can or will ratify the agreement while Brexit hangs in the balance; and the German Constitutional Court has the authority to effectively tear the agreement up.

Brexit aside, the heart of the issue is ongoing problems at the European Patent Office, where enforced reforms by its outgoing president Benoit Battistelli have caused a complete breakdown in communication between staff and management and, critics charge, led to a fall in patent quality. The EPO is the body that decides whether a patent is granted and so forms a critical part of the overall patent system.

It is notable that among the 36 cases being heard by the Bundesverfassungsgericht, another specifically concerns the EPO itself.

In fact that case comprises no less that four constitutional complaints (BvR 2480/10, 421/13, 756/16 and 786/16) against the organization for infringing five articles of German basic law "due to inadequate legal protection of the European Patent Office against decision of the Boards of Appeal."

The Boards of Appeal is supposed to act independently of EPO management but in an extraordinary effort to punish one member of the body for criticizing him, EPO president Battistelli overrode all institutional norms and forced through reforms that gave him effective oversight of the body.

The case of Patrick Corcoran was so egregious that independent tribunal the International Labor Organization (ILO), held a special public session last year to excoriate the EPO, its management and its administrative council for how it had handled the case against the patent judge who had been on suspension for more than two years.

The ILO ordered Corcoran reinstated and paid damages amounting to over 100,000 euros. But the EPO under Battistelli has so far failed to do either.

Despite widespread criticism, including from several European Parliaments, the EPO and Battistelli have used their organization's international status to plough ahead with their contentious plans.

Most recently, Battistelli has pushed a plan to change its basic employment approach, turning staff from permanent employees to independent workers on five-year renewable contracts. The proposal has met sustained criticism from both inside and outside the organization, with critics arguing that it will make it even harder for the EPO to hire high-quality staff.

Given the EPO's international status and the fact that the European patent system is built on international law, rather than European Union law, it is not clear whether the German Constitutional Court is in a position to rule against either the EPO or the UPC.

But the fact that it has even reached this point should serve as a wake-up call to the lawmakers and the patent industry that something has to change if confidence in Europe's patent system is to be retained. ®