Windows slithers on to Arm, legless?

It can't be worse than RT - and isn't 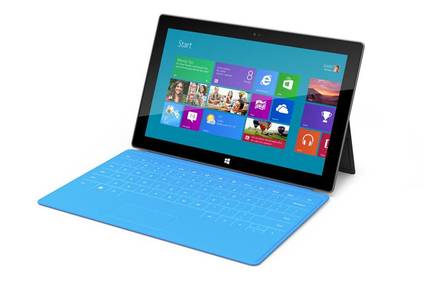 Comment Perhaps more by accident or design, Microsoft managed to lower expectations for Windows on Arm last week – but not set them so low it kills off interest in the platform.

In fact, the "redacted" advisory about limitations of Windows confirms what we already know – hairy hacks won't work, nor will various plugins that hook into Windows, but almost everything else reasonable will.

That's a lot more promising than Microsoft's previous encounter with putting Windows on Arm chips, RT. RT was a calamity, and the memory haunts the company, like the Suez fiasco haunts British foreign policy. Don't go there. Best not even mention what we tried to do. Suez, did you say? Never heard of it. Is it a fish?

Like almost everything Steve Sinofsky attempted, Windows RT was wildly ambitious - but the implementation was completely half cocked. Windows RT was a typically hare-brained Caligula project conceived in the initial aftermath of the iPad's launch.

The world's most popular chip architecture by volume was Arm, and Arm devices were increasingly taking over screen time from PCs. Bill Gates had foreseen it in the 1990s (when he hectored Nokia CEO Jorma Ollila like a heartbroken teenager) and the trend had been obvious for ages. But only with the launch and runaway success of the iPad did the penny drop. Microsoft had heard the funeral bell toll, and began a frantic scramble for relevance.

It was that same scramble that turned Windows 8 into a touch-first, keyboard and mouse-second UI. That crippled Windows 8 for about a billion users, in the hope that a few new ones would paw at a Surface, or one of the new RT devices made by OEMs, rather than an iPad. But would people be pawing at a Surface RT? It got even better.

In fact, when your launch looks like this, don't bet on success.

Bizarrely, Microsoft had suddenly sprouted two new Arm platforms: Windows Phone Series 7 (later Windows Phone 8) and RT, which were API incompatible. There was no API compatibility between the two Arm Windows and desktop Windows. Sinofsky had just downplayed this difference hoping we wouldn't notice, because Everything Had Tiles. Yes, everything had Tiles but nothing worked.

Microsoft ended up taking a $900m write down on inventory shifting just 900,000 RT slabs and OEMs quickly fell away. Investors sued, claiming they had been misled.

The Universal Windows Platform effort - which allows developers to create a multiplatform binary that runs on Windows 10 mobile and desktop, and Xbox - has been a multi-year long exorcism of the RT fiasco.

Thanks to Qualcomm, Windows on Arm the second time around doesn't look anything like as bad. Netbooks and tablets should have outstanding battery life, and far superior app compatibility. See here and here - where there is wealth of detail.

The main threat to Windows on Arm is not technical, but Microsoft itself. It can't seem to commit to anything that is not an overnight success. When Apple's Watch appeared it had few takers beyond die hard fanbois. But Apple stuck around. It's now a serious business. Can Microsoft persist with Connected PCs? We'll see.

Today Sinofsky has been reborn as a Twitter Guru - solemnly pronouncing on software production. Admittedly Twitter Guru is a low bar to hurdle.

And people still can't swim in the Suez Canal. ®