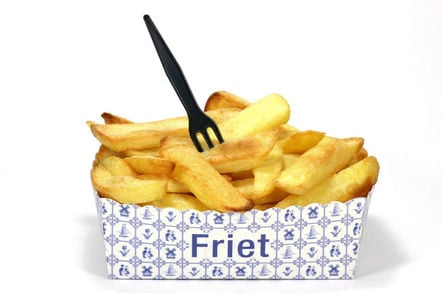 While fending off unwanted advances from a determined suitor, chip-maker Qualcomm has had an increased bid for NXP Semiconductors accepted.

The chip biz, whose products are found in most smartphones, from Apple to Android, looks set to finally snaffle NXP in order to further extend its reach into the world of automotive, IoT and security stuff.

The Dutch semiconductor maker owns the IP for the MIFARE chip series – used in Transport for London's Oyster card and numerous other metro card and contactless proximity smart card kit the world over.

Qualcomm made commitments to the European Commission in January that it would grant worldwide royalty-free licences to certain NXP patents if the deal went through. NXP's standards-essential NFC patents are excluded from the deal and will be transferred to a third party.

Qualcomm confirmed today that an increased offer of $127.50 (up from $110) per share in cash had attracted the binding agreement of nine NXP stockholders, comprising 28 per cent of shares. This group included infamous activist investor Elliot Management.

Qualcomm needs to secure the backing of 70 per cent of the Dutch chip biz's shareholders in order to complete the acquisition. It already has the approval of eight of the nine global regulators, with only China remaining, so will be unlikely to face antitrust issues as a result of its engorgement.

Should the deal go through (as seems likely), Qualcomm will find itself in a better negotiating position as Broadcom continues in its attempt to acquire the Snapdragon manufacturer. Qualcomm’s shareholder vote on the Broadcom buyout will come a day after the March 5 deadline for the closure of the NXP deal. ®