Hold it right there, Charter 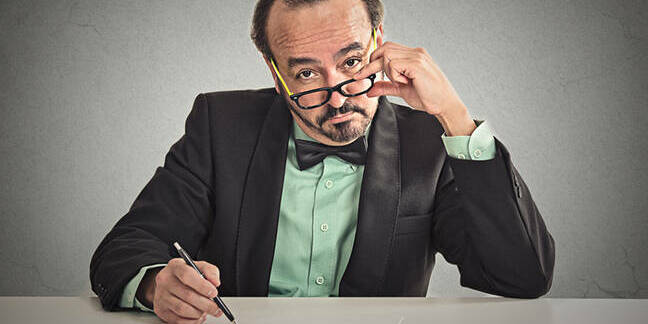 Charter still has to answer for selling New Yorkers short on their internet packages, a judge has decided, rejecting the cable giant's argument that the repeal of net neutrality rules in the US means the case is moot.

Judge O. Peter Sherwood issued 26 pages of No [PDF] in a lawsuit that has been running for over a year. Charter argued back in November that the decision by the Federal Communications Commission to scrap America's internet access safeguards overruled state laws, and thus it no longer had anything in New York to answer for.

Not so, said Judge Sherwood: the FCC repeal of net neutrality explicitly does not preempt state laws when it comes to ensuring broadband subscribers get what they paid for – since the repeal "includes no language purporting to create, extend or modify the preemptive reach of the transparency rule."

In other words, just because the FCC tore up its net neutrality rules, that doesn't mean ISPs can now underdeliver on their promises. The FCC's repeal noted that its decision does not "disturb or displace the states' traditional role in generally policing such matters as fraud, taxation, and general commercial dealings."

And fraud is what Charter is accused of by New York Attorney General Eric Schneiderman. Despite actively encouraging nearly one million customers to upgrade their internet packages for supposedly faster connectivity, Charter knew that it wasn't able to offer the speeds it advertised, Schneiderman claimed.

Specifically, the overpromising and underdelivering was the work of Time Warner Cable subsidiary Spectrum, which Charter bought – along with its 2.5 million New York customers – in May 2016. Schneiderman's lawsuit [PDF] claimed the fraudulent activity ran from at least January 2012 to beyond the merger. The lawsuit was filed in January 2017.

There are several damning details in the case brought by the attorney general. First, the modems that many of the subscribers had – and actually paid the company $10 a month in "rent" – were simply not capable of providing the speeds that were being advertised and sold. Charter knew that to be the case as it had already explicitly discussed the matter with the FCC and promised to provide upgraded modems.

Second, the cable giant knew it was not capable to providing the speeds it sold, even if customers had a more modern modem that could handle the extra data transfer rates. The biz "managed its cable network in a way that did not deliver the promised Internet speeds over any type of connection," Schneiderman alleged.

But thirdly, and perhaps most damningly, internal documents that the attorney general got hold of reveal that corporate execs were well aware of the speed shortfalls and actively worked together to temporarily inflate speeds when they knew they were being tested.

The ISP even recruited the same company the FCC hires to test internet speeds – Sam Knows – to build out a parallel testing system with the same white boxes so it could observe the same connection quality levels the testers were seeing. It had 1,200 such boxes distributed across its network and, according to the lawsuit, specifically manipulated its systems to give faster speeds to testers using readings from these devices.

"We recommend increasing (or) over-provisioning our modem speeds to around 20 per cent to drive our Sam Knows scores > 100 per cent and then to market that we deliver more than promised speeds," one executive wrote in an email. A related presentation acknowledged that this approach was similar to "putting lipstick on a pig."

Charter also identified FCC testers, made sure they had the most up-to-date modems, and told its call-center staff to give them the "VIP treatment." It also temporarily ended its traffic-throttling dispute with Cogent while the speeds tests were being carried out, and then reapplied the throttles when the testing was complete, according to the lawsuit. And it persuaded the FCC to remove the worst test results from its dataset, arguing that it was replacing user modems.

The FCC ended up giving Charter a terrific writeup in its annual broadband report in 2016.

But Charter/Spectrum/Time Warner Cable reckoned without the New York Attorney General's office, which ran its own probe in which it actively encouraged New Yorkers to run their own speed tests and send in the results.

Unsurprisingly, Schneiderman was pleased with the court's decision. For one thing, it means the lawsuit is still on.

"Today’s decision by the New York Supreme Court marks a major victory for New York consumers - rejecting every single argument made by Charter-Spectrum in its attempts to block our lawsuit," he said in a formal response on Friday.

"This decision ensures that our office can continue to hold Charter-Spectrum to account for its failure to deliver the reliable internet speeds it promised consumers," adding that New Yorkers have "long suspected" that they were being ripped off.

For its part, Charter continues to stress that it is increasing broadband speeds in New York, and continues to invest in expanding its network. It promises to continue to fight the case, and continues to argue that the alleged activity happened before it took over Spectrum/Time Warner Cable. ®