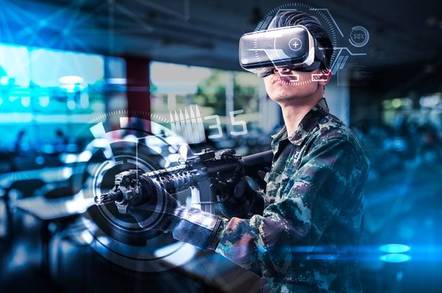 The governor of the US state of Kentucky, Matt Bevin, has blamed violent video games for the Florida high-school shooting that left 17 people dead this week.

In an interview Bevin, who is – quelle surprise – endorsed by the National Rifle Association, said that the shooting wasn't linked to the ability of the shooter to legally buy a semi-automatic AR-15, and blamed "garbage" video games for inciting people to kill.

“Guns are not the problem; we have a cultural problem in America,” he said.

“These are quote-unquote video games, and they’re forced down our throats under the guise of protected speech. It’s garbage. It’s the same as pornography. They have desensitized people to the value of human life, to the dignity of women, to the dignity of human decency.”

Lest you think this was a slip of the tongue, the governor has a history similar remarks. After the Las Vegas mass-shooting last year that left 58 people dead and 851 injured, Bevin publicly shot down calls for gun control legislation, saying: "You can't regulate evil."

To all those political opportunists who are seizing on the tragedy in Las Vegas to call for more gun regs...You can't regulate evil...

Bevin is, however, frustrated that you can't regulate video games. In the interview he expressed disappointment that the US Supreme Court had ruled that video games were protected under the First Amendment and thus couldn't be banned.

“There are video games that, yes, are listed for mature audiences, but kids play them and everybody knows it, and there’s nothing to prevent the child from playing them,” he fumed.

“They celebrate the slaughtering of people. There are games that literally replicate and give people the ability to score points for doing the very same thing that these students are doing inside of schools, where you get extra points for finishing someone off who’s lying there begging for their life."

The fact the Florida shooter was able to buy a rifle legally over the counter doesn't factor into it, according to Bevin's argument. Under Florida law handguns can only be bought by people who are over 21 and are subject to a three day waiting period.

But the shooter bought his AR-15 legally at the age of 18 and only had to wait a couple of minutes for the gun shop to check he had no felony convictions and had never been a patient in a mental institution. A year later he used it on his former classmates.

Despite the absence of credible evidence that video games cause violence, the idea is a popular meme amongst gun-friendly politicians. It's also a bit of a red herring because it's very, very difficult to kill people with a video game, but very easy to kill a lot of people with a semi-automatic weapon. ®

Q: How many guns to arm nine coachloads of terrorists?